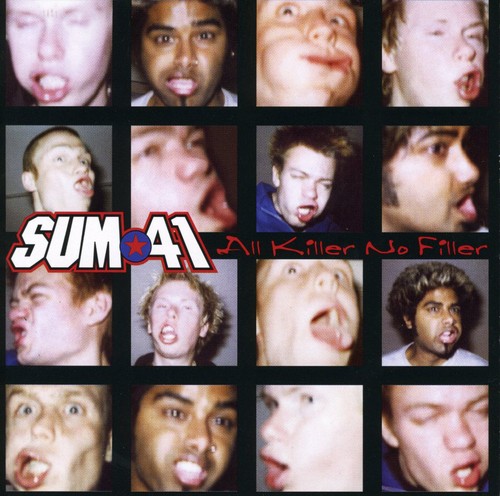 Track listing includes "Nothing on My Back," "Never Wake Up," "Fat Lip," plus much more.

''All Killer No Filler'' is the debut album by the Canadian rock band Sum 41, released on May 8, 2001. The album was a commercial success and brought the band mainstream popularity, selling over 9 million copies worldwide. It was certified platinum in the United States, Canada and in the UK.

The album features lyrics with various subjects such as society, laziness, self-indulgence, and relationships. The album's title is considered to be a reference to the Jerry Lee Lewis album ''All Killer, No Filler: The Anthology''. Top40.com ranked the album as the 9th greatest punk pop album of all time. - Wikipedia