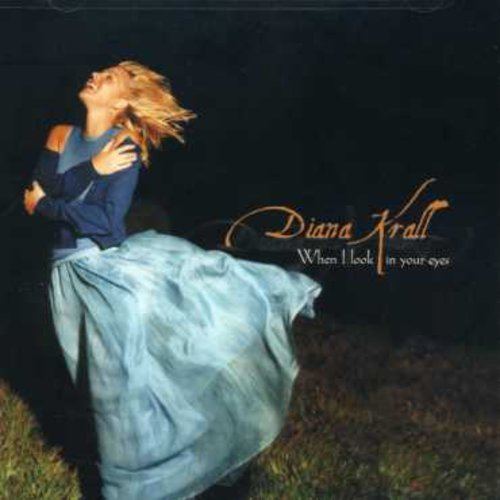 If artistry is about growth, then count Diana Krall as one of jazz's consummate artists. When I Look in Your Eyes is yet another step ahead for the vocalist/pianist. Her gorgeous new Verve debut breaks away from the standard piano-trio setting of her 2 previous releases; several of the album's tracks feature graceful orchestrations by Johnny Mandel! Highlights include unique interpretations of hits and popular standards; focus tracks: "Why Should I Care" (from the film True Crime) and "Popsicle Toes."

''When I Look in Your Eyes'' is the fifth album by Canadian jazz pianist and vocalist Diana Krall, released in 1999 (see 1999 in music). It was a nominated for Album of the Year - The first time in 25 years that a jazz album was nominated for the most coveted prize of the night, and won two awards for Best Jazz Vocal and Best Engineered Album, Non-Classical at the ''42nd Grammy Awards''. ''Billboard'' ranked album at number 9 on the magazine's Top Jazz Albums of the Decade. - Wikipedia