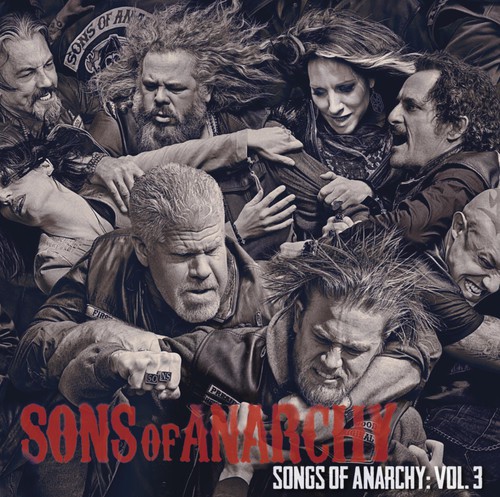 Songs of Anarchy Volume 3 kicks off with Chris Goss & the Forest Rangers blues-folk take on "Sitting on Top of the World," which was hand-picked by series creator Kurt Sutter. Other stand-out recordings include Leonard Cohen's gritty "Come Healing," Noah Gunderson and the Forest Rangers "As Tears Go By," and singer songwriter Joshua James' heartfelt "Crash This Train."

Golden Globe® Award winning actress/singer Katey Sagal is featured on the beautiful cover of "For A Dancer" as well as "Everyday People," which music composer Bob Thiele remarks was the most challenging song to record in the course of working on the show.

Sons of Anarchy was created by Kurt Sutter, who also serves as Executive Producer along with John Linson, Art Linson and Paris Barclay. The series is produced by FX Productions and Fox 21. Starring Charlie Hunnam, Ron Perlman and Katey Sagal, Sons of Anarchy is having its best season yet from a ratings standpoint. Currently in season six, the series continues to be FX's highest rated series.