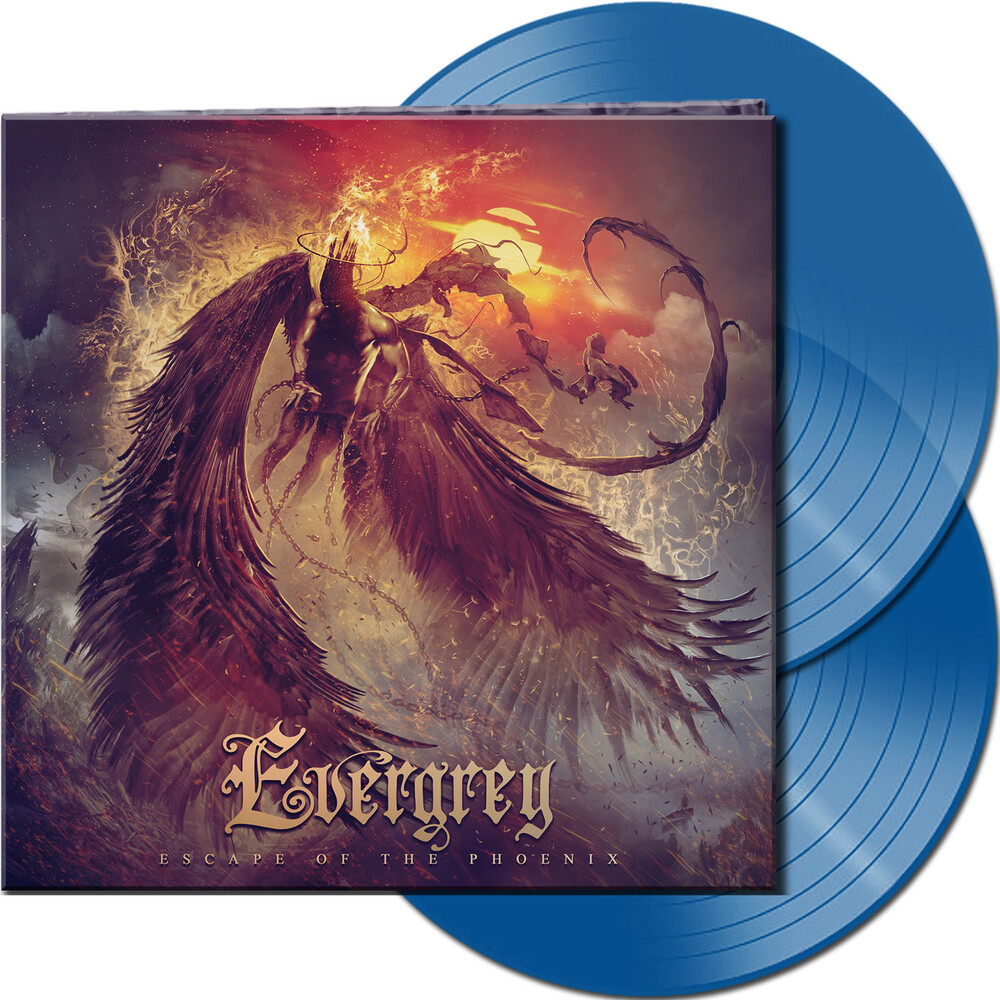 Clear Blue Vinyl. Swedish dark melodic metal masters Evergrey return with their 12th Album - dark and heavy, the Phoenix is rising! Gearing up for the release of their highly anticipated 12th album, Swedish progressive metal band Evergrey is at a point in their career that many of their peers can only dream about. Since the release of "Hymns For The Broken" in 2014, Evergrey has enjoyed increased notoriety and success with "The Storm Within" (2016) and "The Atlantic" (2019) - ironically, a conceptual trilogy - which is highly unusual for a veteran act. They mean to continue this tradition on February 26th, 2021 with "Escape Of The Phoenix", another heavy, melancholic and thought-provoking journey as only Evergrey can create. The result is 11 songs that embody everything Evergrey fans have to expect, albeit "a more metal version of "The Atlantic", with songs that are more direct" according to Englund and producer Jacob Hansen.