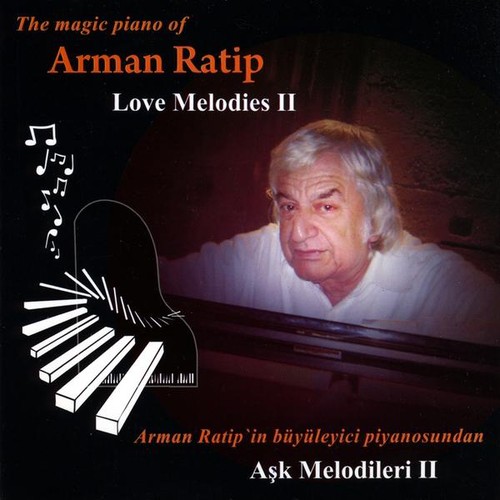 Pianist composer Arman Ratip is from the Turkish Republic of Northern Cyprus. He started playing piano at the age of five. Arman Ratip studied music and pianoforte with his mother Jale Dervis one of the most famous music and pianoforte teachers on the island. Arman Ratip started composing at the age of seven. He fascinated audiences as a child prodigy. Later, his musical career took off in London when he recorded two albums of his own compositions and arrangements for EMI, and performed extensively in the United Kingdom. With two piano concertos, Bengi for piano & orchestra, ĂśskĂĽdar Variations for piano & orchestra and over sixty works for the piano, he is hailed by music critics as one of the most outstanding and captivating virtuosos of our times. Arman Ratip established a reputation as a composer of fiendishly difficult pieces. He is known as ' The Space Composer' . His avant-garde music is the music of the 21 st Century. Arman Ratip is also known as ' The Great Improviser'. Arman Ratip's music falls into four categories: 1.Avant-garde music (Space music,New Music and music of the 21st century). 2.Avant-Garde jazz and Turkish jazz 3.Arrangements of Turkish Folk Music (Contemporary Music) 4.Romantic music.