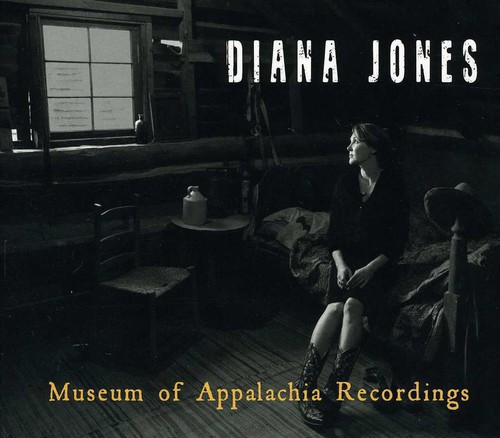 Diana Jones is an award-winning singer-songwriter based in Nashville. She grew up in the Northeast with no art or music in her home, the adopted daughter of a chemical engineer. During her childhood and adolescence, she felt an almost mystical, seemingly inexplicable attraction to rural Southern music, but it wasn't until her late 20s, when she located her birth family in the foothills of the Smoky Mountains in east Tennessee, that her deep affinity for traditional folk and Appalachian music began to make sense. Her 2006 recording, My Remembrance of You, earned her a nomination as Best Emerging Artist at the Folk Alliance Awards, leading to tours with Richard Thompson and Mary Gauthier, appearances at folk festivals on both sides of the Atlantic, and covers of her songs by Gretchen Peters and Joan Baez. Her next recordings, Better Times Will Come (2009) and High Atmosphere (2011), established Diana's reputation as one of the premier artists in the folk music/Americana world. Her latest release, Museum of Appalachia Recordings will be released in the UK and EU in July by Proper records and in the US TBA. She maintains an active touring schedule in Europe, U.K. and Ireland, and the United States. Diana has performed and toured with Nanci Griffith, Richard Thompson, Steve Earle, Mary Gauthier, Ralph Stanley, and Janis Ian. In addition to her musical career, Diana is an accomplished portrait artist and is currently at work on a memoir.