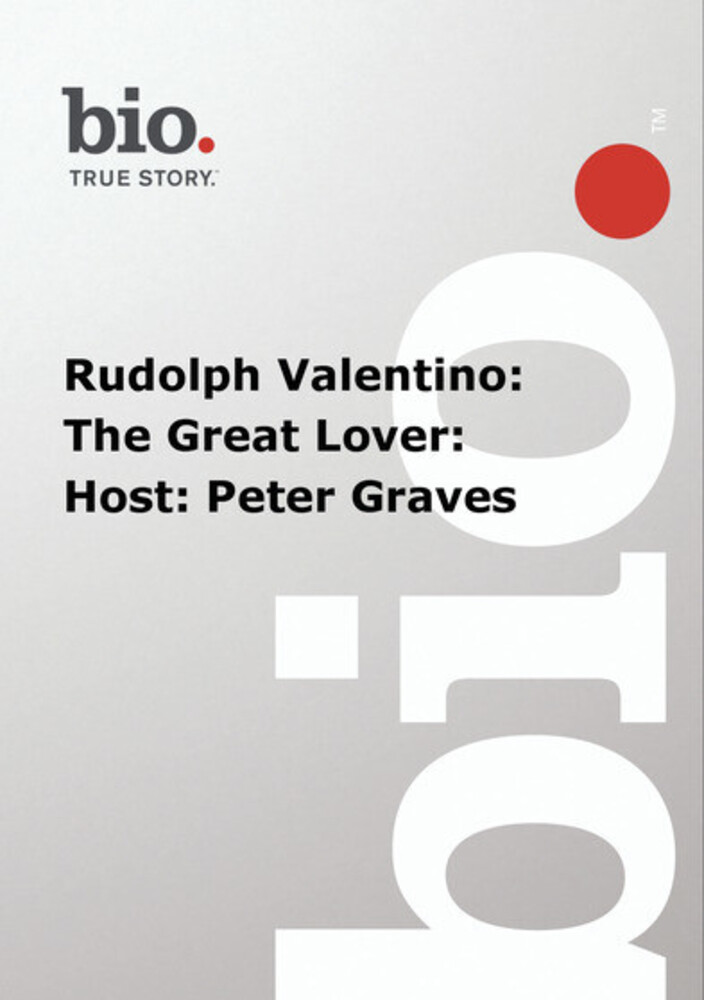 He arrived in America penniless and without a word of English. But he had the dark good looks that would make him a star. Rudolph Valentino was the most popular male sex symbol of all time. At press appearances for his breakthrough film, The Sheik, women screamed, cried and tore at his clothing and hair. Explore the compelling saga of the man who paved the way for the matinee idols that followed. Learn how he started on the road to stardom as a dancer for pay a kind of gigolo to lonely society women. See clips from his classic movies, and learn the sad story of his marriages his first wife was a lesbian and his second a dominating personality who nearly ruined his career. Finally, period accounts revisit his death, at the age of 31, from blood poisoning. Join BIOGRAPHY for the man whose legend could not be cut short like his life for ten years after his death fan mail poured in, and Hollywood is still looking for the next Valentino.