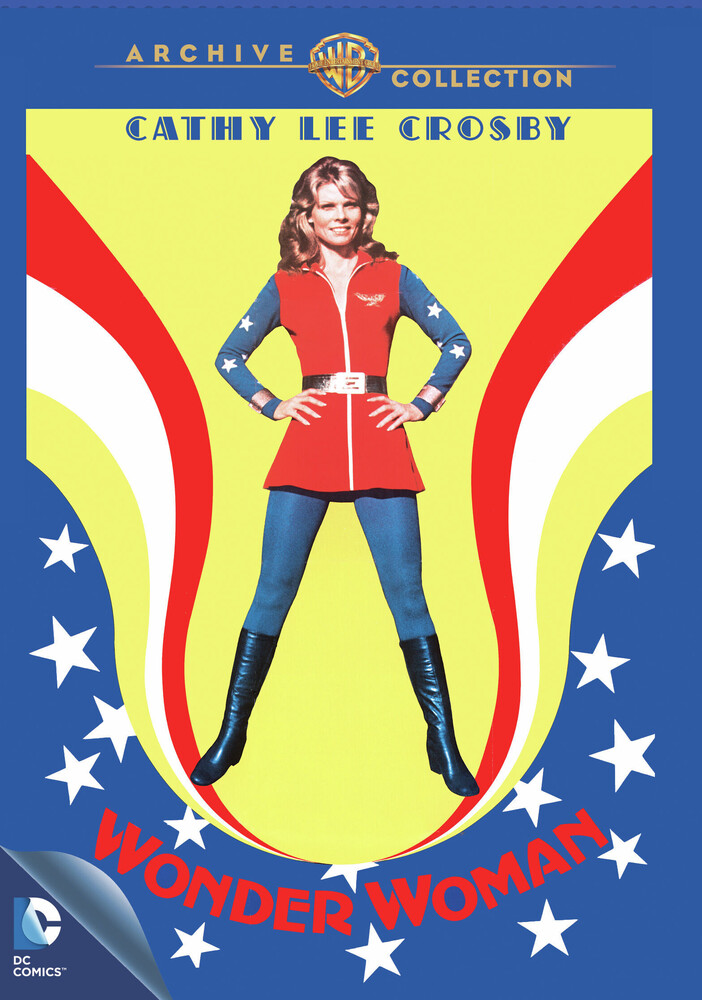 Before Lynda Carter took the heroine back to World War II for her "New, Original incarnation, statuesque Tennis Pro turned performer Cathy Lee Crosby swung the magic lasso in a very different TV incarnation. As developed by scribe John D.F. Black (Star Trek, Shaft), and seemingly influenced by her recent turn as a mod, cat-suited crime-fighter in the pages of her DC Comics home, this Amazon Princess was more superspy than superhero. But fret not, four-color fans! Many of the expected wondrous elements from bracelets and lassos to Paradise Island and invisible jets, all make an appearance, albeit with a sleek, seventies espionage super action refit. Ricardo Montalban plays the laconic lothario who lurks at the top of a conspiracy to make off with ultra-secret code books, leading Agent Prince to discover an Amazon sister-in-exile (Anitra Ford).
back to top