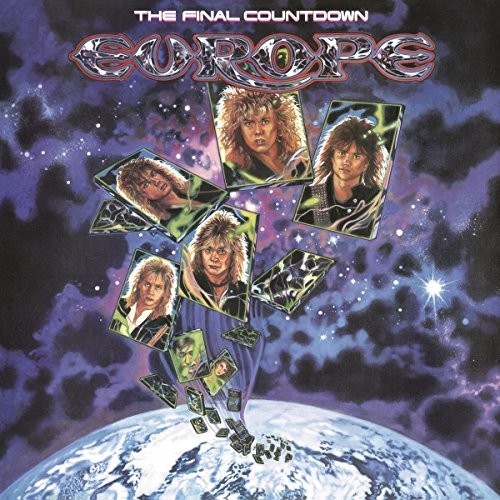 Limited 180gm audiophile vinyl LP pressing including insert. The Final Countdown was the third studio album by the Swedish hard rock band Europe, and one of the most glorious launches in history. Released in 1986, the album was a huge commercial success selling over three million units in the United States alone, peaking at #8 on the U.S. Billboard 200 chart and reaching high positions in charts worldwide. Recorded at Powerplay Studios in Zürich, Switzerland, the band worked with American producer Kevin Elson, who had worked with bands like Journey and Lynyrd Skynyrd. 'Rock The Night' and 'Ninja' premiered on the band's Wings of Tomorrow tour in 1984. Five singles were released from the album: 'The Final Countdown', 'Love Chaser', 'Rock the Night', 'Carrie' and 'Cherokee'. The song 'The Final Countdown' was based on an old keyboard riff that Tempest had composed as early as 1981, on a Korg Polysix keyboard he had borrowed from Michaeli. In 1985 bassist John Levén suggested that Tempest should write a song based on that riff. The rest is history.