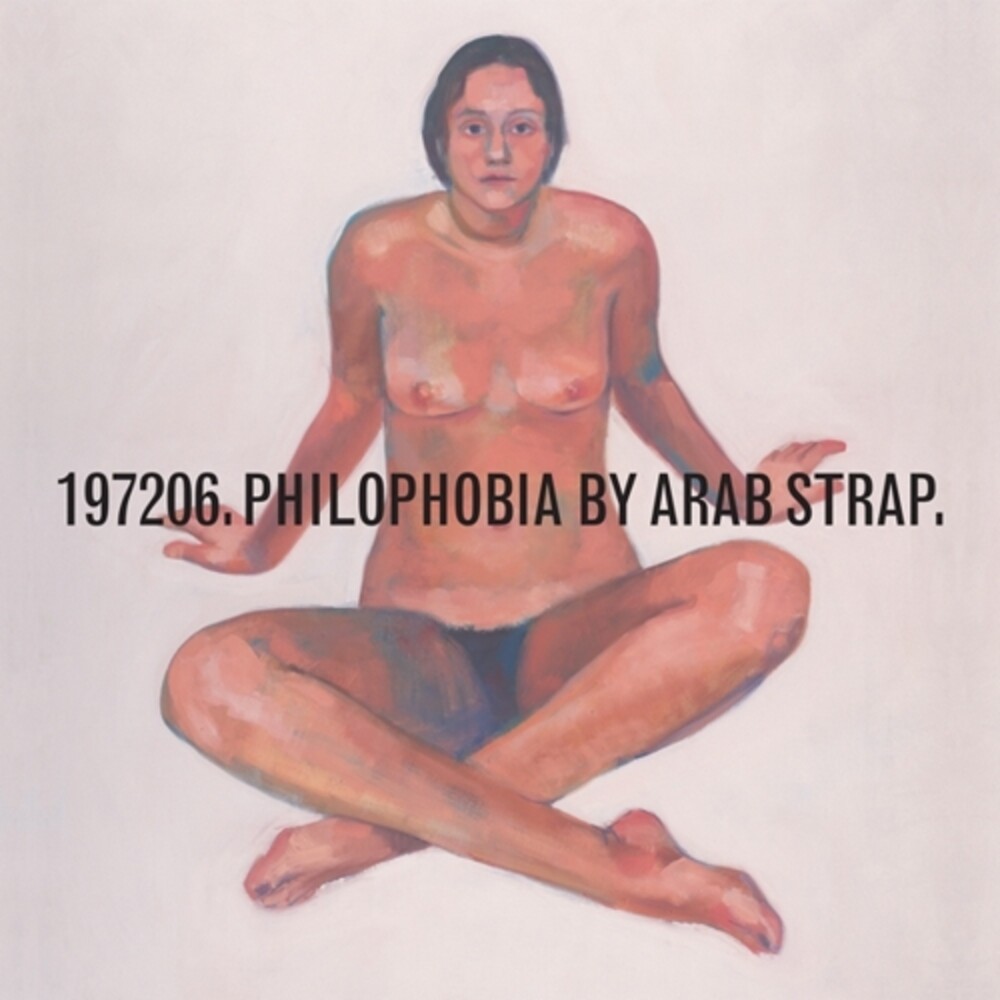 Philophobia, Arab Strap's sophomore slam dunk released in the spring of 1998, begins with one of the most memorable opening lines in all of indie rock: "It was the biggest cock you'd ever seen, but you've no idea where that cock has been." So begins an album that, while picking up thematically where the duo's debut album The Week Never Starts Round Here left off, promises from it's very first seconds a renewed sense of purpose: the narratives are more streamlined, the music more confident and mature. Gone are the sketches and doodles that unquestionably distinguished 1996's The Week Never Starts Round Here as the work of first timers, replaced with a consistent, almost conceptual, musical framework. On Philophobia, singer and lyricist Aidan Moffat's realism is more profane, gritty and poignant, while multi-instrumentalist Malcolm Middleton's honeyed orchestrations increasingly provide clinics in subtlety and restraint. Part of the appeal of Arab Strap's post-everything music is the way the group's songs make every listener feel like either a voyeur or a trusted confidante. The ever-present humanity in future sex advice columnist Moffat's first person tales of debauchery and regret is a through-line running through each of these frank and vivid songs: the same narrator who confesses to sniffing his fingers after a sexual encounter and boasts about the size of his penis also yearns to "hug" a lover to death, finds himself crying on the bus, and wonders idly-but hopefully-whether or not he's truly in love with the woman he's just slept with. It is this duality, complemented by Middleton's imaginative and deeply sensitive accompaniment, that makes Philophobia one of the most original and most enduring front-to-back albums in the canon of modern indie rock; over two decades later, it still sounds warm to the touch.