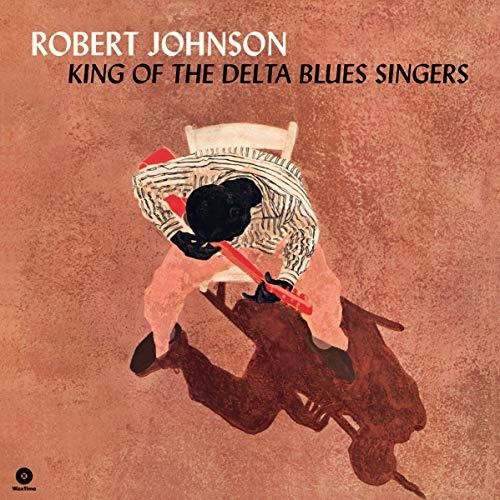 Limited 180gm vinyl LP pressing including bonus tracks. The legendary Robert Johnson stood at the crossroads of American music. He became the first modern bluesman, evolving the country blues of the Mississippi Delta during the 1930s. Johnson's life came to a premature and mysterious end in 1938, at the age of 27. By the late 1950s he had become something of a mythical figure. Some people had heard of him, but few had listened to his music. That all changed when this essential LP, King of the Delta Blues Singers, was compiled and released by Columbia in 1961. The album contains sixteen mono recordings that were originally made during two extended sessions in 1936 and 1937, and sparked a whole new generation's interest in Delta blues. It also became the first album to be inducted by the Blues Foundation into the Blues Hall of Fame. In addition to the original long play, this WaxTime collector's edition contains two bonus tracks - consisting of master takes waxed during the same dates and previously issued by Vocalion as 78s: "I Believe I'll Dust My Broom" (which years later served as inspiration for Elmore James to write and perform his "Dust My Broom" rendition) and the classic "Sweet Home Chicago."