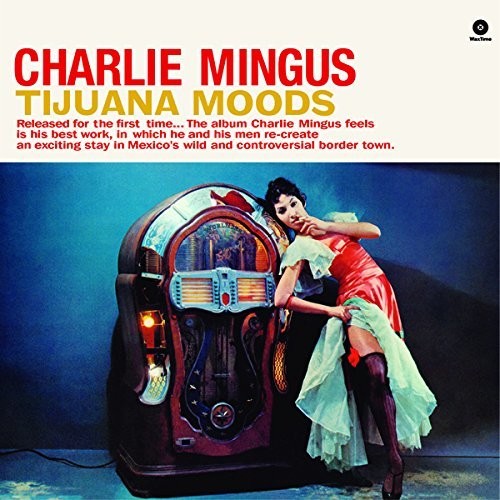 Limited 180gm vinyl LP repressing of this classic Jazz release including digital download. TIJUANA MOODS comes after two great Charles Mingus hits like PITHECANTHROPUS ERECTUS and THE CLOWN, although it wasn't released until a few years after being recorded. So, it must be taken into account that when Mingus himself proclaimed on the back cover that TIJUANA MOODS was 'the best record I ever made', he had already recorded important albums like AH UM and MINGUS DYNASTY. In any case, the level of performance and composition on TIJUANA are clearly exceptional. 'Dizzy Moods' is a re-working of the Dizzy Gillespie classic 'Woody 'n' You', although it would be impossible to notice prior to reading Mingus' own liner notes. This album features two exceptional musicians who despite their talents would remain virtually anonymous: trumpeter Clarence Shaw and pianist Bill Triglia, in addition to the better known Jimmy Knepper, Shafi Hadi, and Danny Richmond. The most complex composition is 'Ysabel's Table Dance', which opens with castanets and Mingus playing an extraordinary bass line pizzicato and rapidly alternating this technique with flamenco-style strumming of his finger-nails across the strings, before switching to playing arco in the cello range. The voice heard is that of flamenco dancer Ysabel Morel, who also plays the castanets. 'Ysabel's Table Dance' is notable for several compositional devices. Mingus contrasts the Spanish mode of music with the jazz feel of the late 1950s, and as is often the case with Mingus' compositions, there are multiple tempo and rhythmic shifts. The only true standard tune here is 'Flamingo', which in Mingus' hands becomes integrated with the general album's mood as if all of the tunes were parts of a suite.
back to top