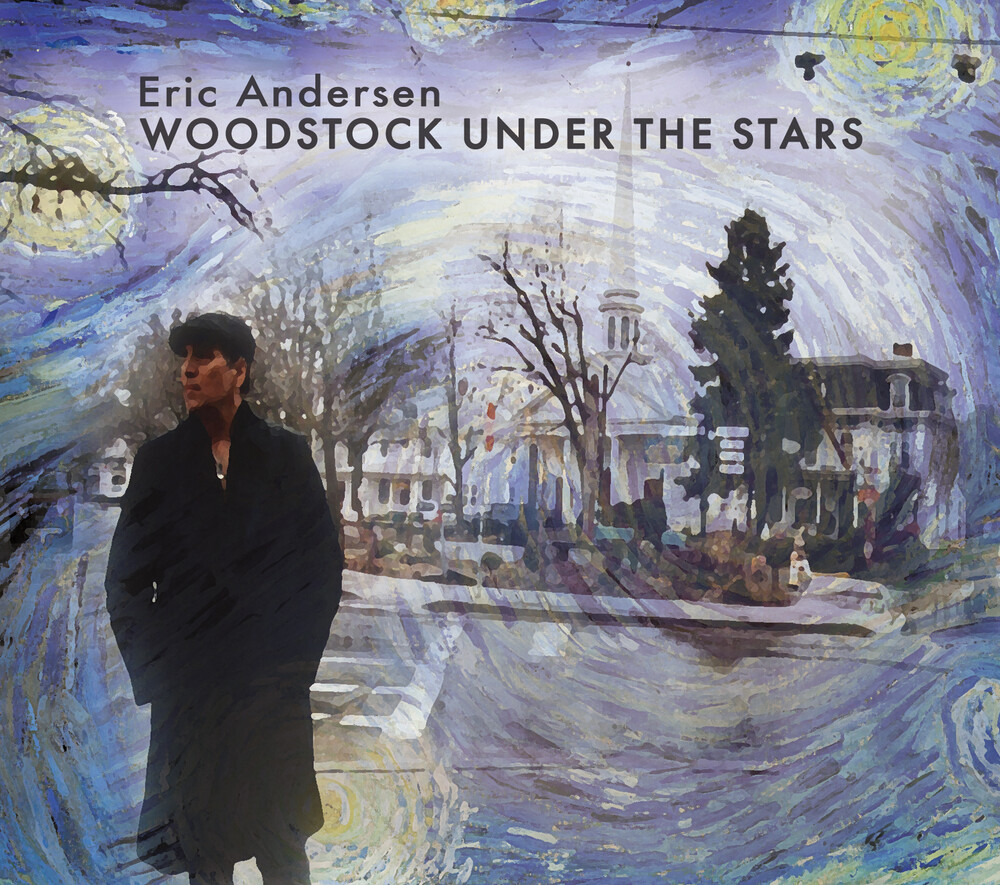 Eric Andersen first came to prominence as a performer in Greenwich Village in the early 1960s and immediately became part of the Village folk and songwriter scene and was at the epicenter of the American Greenwich Village singer-songwriter explosion. Over the past 50 years, Eric has toured the world and released over 30 CDs of original music. His songs have been covered by Mary Chapin Carpenter, Judy Collins, John Denver, Linda Ronstadt, The Grateful Dead, Bob Dylan, and many others. He has also co-written songs with Bob Weir, Townes Van Zandt, Rick Danko, and Lou Reed. Now Y&T Music is proud to present WOODSTOCK UNDER THE STARS, a 3 CD Set with 35 songs (plus an introduction track). DISC ONE features songs from concerts and studio sessions performed and recorded 1991 - 2006. DISCS TWO and THREE features songs from a performance which was webcast in 2011. Special Guests on this album include John Sebastian, Garth Hudson, Eric Bazilian, Happy Traum, Artie Traum, Inge Andersen, Joe Flood, Rick Danko, Jonas Fjeld, Gary Burke and Robert Aaron. The songs on this album feature Eric's early works as well as his more recent ones. There are two live versions of six of the same titles recorded at different venues with different musicians accompanying Eric.