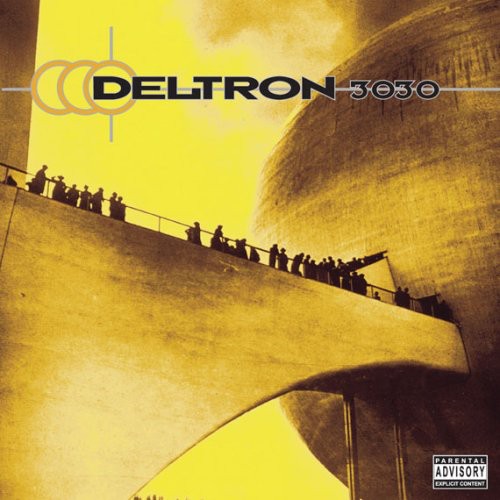 Explicit Version. Self titled album of 24 tracks. Hip-hop forward-thinking with Deltron 3030 as they take one producer, one MC, and one DJ and throws them into the future. One track, 'Memory Loss' features Sean Lennon. Dan the Automator reinvents himself as the Cantankerous Captain Aptos and teams up with Deltron Zero (a.k.a. Hieroglyphics crew member Del tha Funky Homosapien) and Skiznod the Boy Wonder (bucky turntablist Kid Koala). Between the radio ads for future-funked, rap jams, and camouflaged cameos (by the likes of Prince Paul, a castrato Damon Albarn, MC Paul Barman and his Upper West Side doppelgänger Sean Lennon), the Deltron crew advise you to upgrade your brain to avoid getting sucked into the time virus.