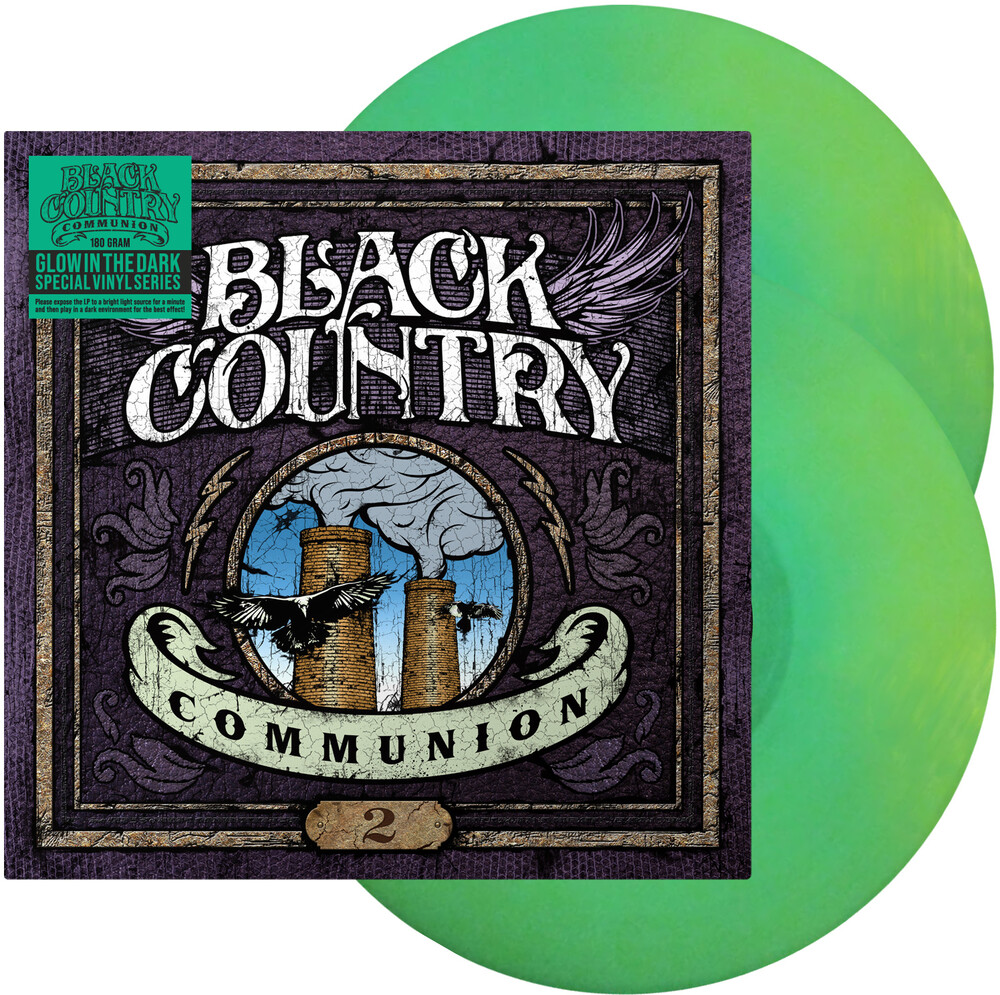 Double glow in the dark vinyl LP pressing. Black Country Communion 2 (also known simply as 2) is the second studio album by English-American hard rock band Black Country Communion. Recorded in early 2011 primarily at EastWest Studios in Hollywood, California, it was produced by Kevin Shirley and released in 2011. The album reached #23 on the UK Albums Chart and #71 on the US Billboard 200.