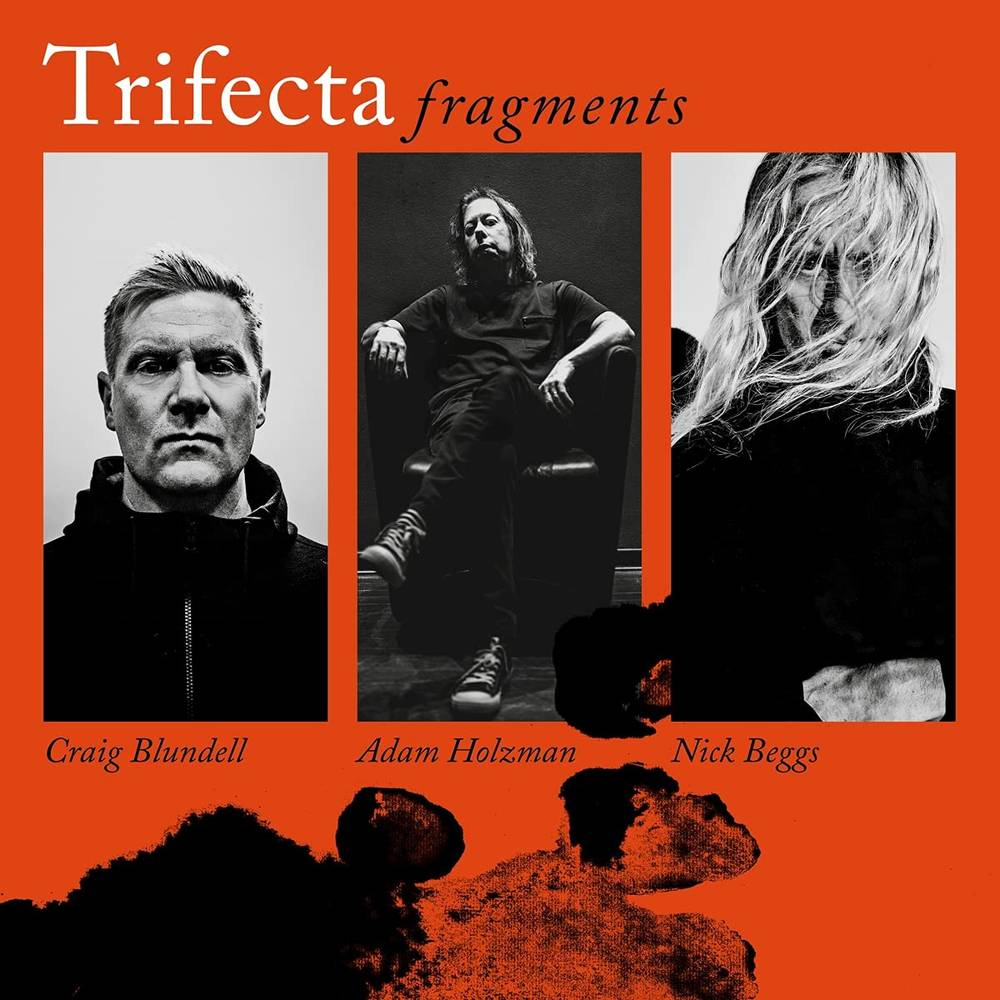 Trifecta, a new addition to the Kscope roster, features three of the contemporary music scene's most lauded and revered musicians - bassist and songwriter Nick Beggs, keyboardist extraordinaire Adam Holzman and completing the line-up, Craig Blundell - one of the world's most celebrated drummers. Having performed together as part of Steven Wilson's band, the three would jam together after soundchecks and from these sessions the fledgling ideas for Fragments were born. Beggs comments, "after the last tour with Steven finished, we had a handful of tracks ready to work on and as we moved through our various separate projects we agreed to work on Trifecta." The record primarily leans toward a fusion of jazz rock, being instrumental except for the first single (the wonderfully titled "Pavlov's Dog Killed Schrodinger's Cat"), the lyrics of which, Beggs states, "are written from the perspective of a layman trying to understand quantum mechanics... and failing." Each band member completed the recording and engineering of their own contributions in their various home studios, helping to bring their individual production ideas to each track. Holzman mixed the record at his New York home studio with the mastering handled by Andy VanDette (Rush, David Bowie, Deep Purple, Porcupine Tree, Beastie Boys) in New York.
back to top