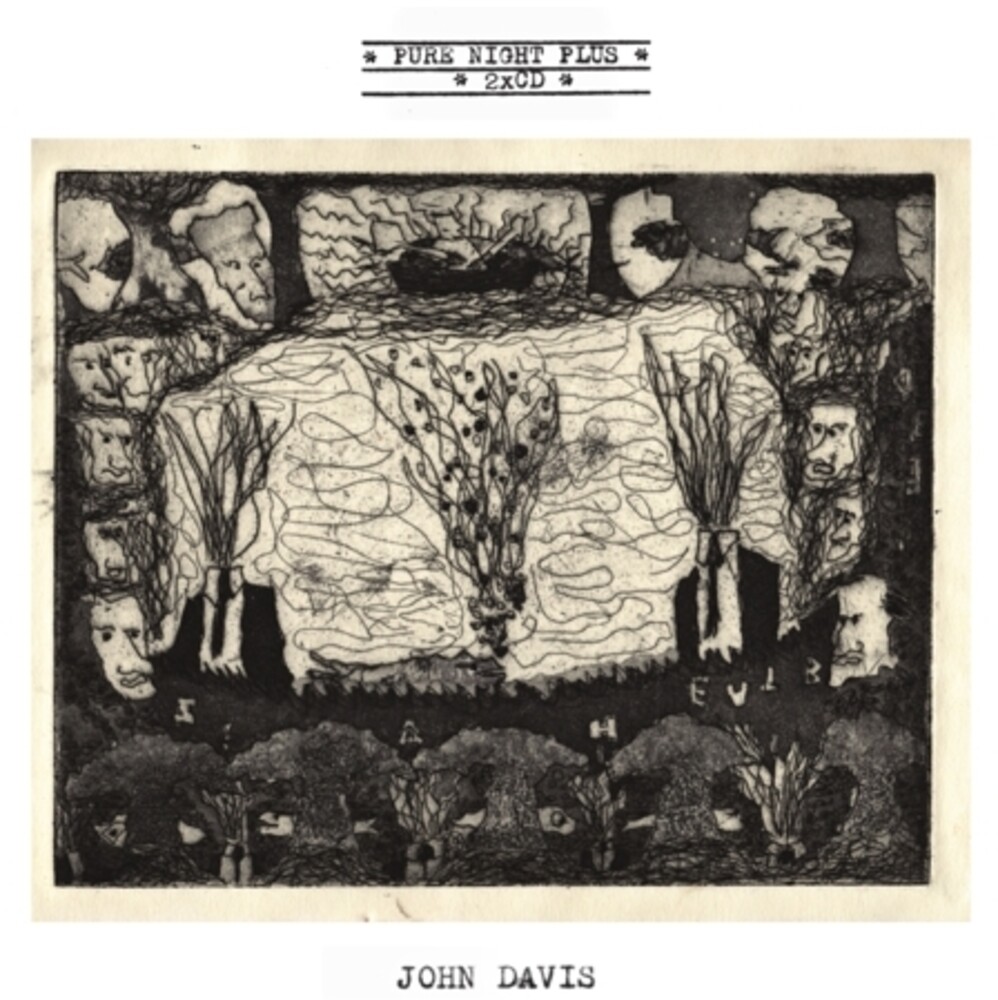 John Davis's earliest recordings on Shrimper are being reissued in conjunction with Davis's Inundation label (which issued his instrumental record Gnawing On The Bone last year). This double CD includes his debut cassette (Stars & Songs, 1993), 7-inch EP (R.I.P., D.I.Y., 1993) and LP (Pure Night, 1994), along with a four song EP that was originally tucked into a split single with Sandra Bell, (Instress Vol. 1, 1995) and seven bonus tracks, six of them unreleased. New extensive liner notes by John Davis and Adam Green of The Moldy Peaches explore Davis's beginnings in The Palace Brothers and the bridge that would lead him to The Folk Implosion.The original recordings have been remastered from the master tapes by engineer and producer Matt Pence. The original artwork by Davis and his sister Theo has been tracked down and lovingly rendered here, merging with unreleased photographs in a six page eco-pack with a sixteen page booklet. These fifty stark and intimate home recordings are out of place and out of time, as unable to date with carbon as those of Moondog, Harry Partch, Annette Peacock and other one person bands of gold. These timeless melodies would go on to influence a generation of songwriters, and are presented here in all of their minimal glory.