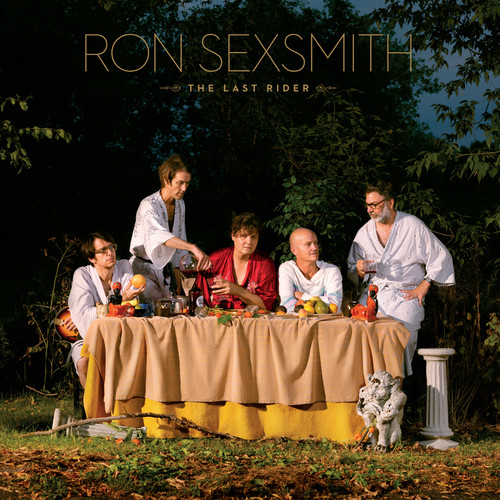 Double vinyl LP pressing. 2017 release from the Canadian singer/songwriter. Ron Sexsmith's status as one of the greatest songwriters of his generation has never been in doubt, even from the moment he released his self-titled major-label debut album in 1995. His career arc since then has in some ways been a study in how that pure ability has been handled in the studio. On his 12 albums, Sexsmith has worked with some of music's most celebrated producers - Daniel Lanois, Mitchell Froom, Tchad Blake, Ray Kennedy, Martin Terefe, Bob Rock and Jim Scott. With all of that experience, it would stand to reason that Sexsmith has learned a thing or two over the years about how to make a record. The Last Rider features 15 new Sexsmith original songs that are by turns happy, sad, romantic, bittersweet, uplifting, spiritual and witty. Recorded at The Bathouse studio on Lake Ontario near Toronto, sessions for the record were a marked change in approach from Sexsmith's previous albums, as he recorded it with the musicians he knows best, his touring band - Don Kerr (drums), Jason Mercer (bass), Dave Matheson (keyboards) and Kevin Lacroix (guitar). The album was produced by Ron and Don Kerr, who have been friends and musical collaborators since they worked together as couriers in the late eighties. "I think my sound has always been a combination of the folk singers and British invasion artists I've always admired," says Ron. "At this point, it's just second nature for me to write short, melodic songs that say everything you want to say. But having my band totally involved on this album maybe brought out more in the songs than on other recent albums. It felt special, anyway." Although Ron Sexsmith has more music to come that is sure to inspire us, for now The Last Rider is the latest addition to a body of work as impressive as any produced in the past quarter-century. Through truth and simplicity, Sexsmith's songs help us get closer to the things that make us better people, meaning that an album like The Last Rider is as necessary now as anything he has ever done.
This website uses cookies to personalize content and analyse traffic in order to offer you a better experience.
I accept Learn More
back to top