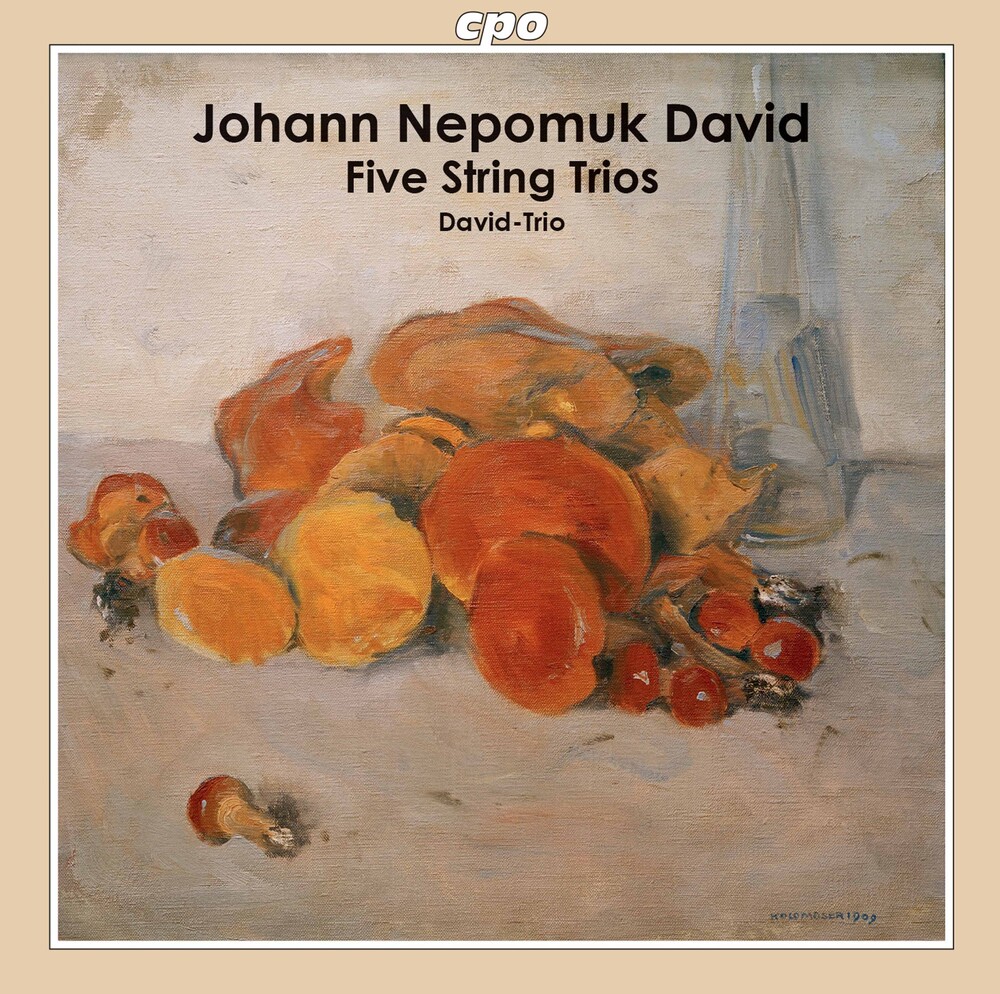 In February 2020, on the occasion of the 125th anniversary of Johann Nepomuk David's birth, the Upper Austrian David Trio recorded his complete string trios. David's chamber music is distinguished by a great variety of ensemble forms. Although he also composed for rare and unusual combinations of two or more instruments, in the field of chamber composition he most frequently wrote for the string trio (at least among his published works). The equality of three instruments from the same tonal family (i. e., the lack of hierarchies of transmitted role assignments) may have motivated him to compose for this ensemble form without feeling burdened by conventions. With a subtle tonal sense he produces finely dimensioned, almost orchestral effects as well as forcefully nuanced details, and at the same time he is very well informed about remote tonal effects and rare playing techniques and succeeds in using them to meet his goals. A special feature: each trio is dedicated to one of the prominent Italian violinmakers.