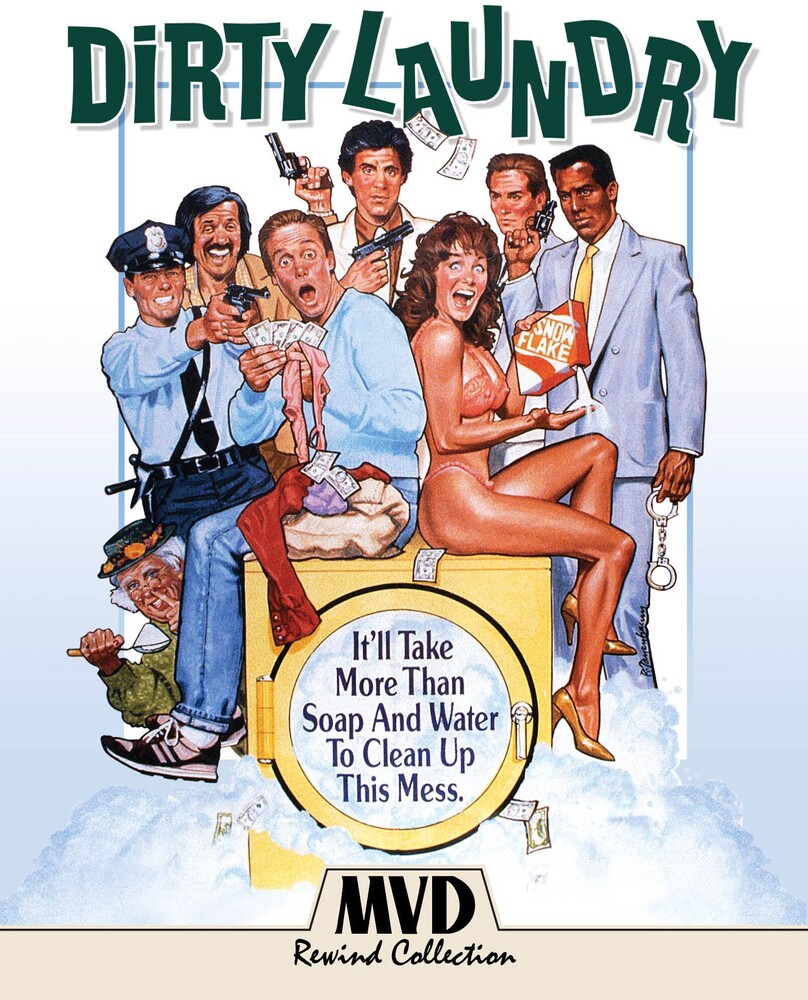 Only in L.A. could you make $1,000,000 at the laundromat.That's what happens when Jay (Leigh McCloskey, Just One of the Guys) unknowingly stumbles into a drug deal at the local Laundromat and accidentally exits with a bag full of cash rather than his dirty laundry. When Macho Marty Benedictine (crooner Frankie Valli of the Four Seasons)finds out what has happened to his money, he puts out a contract on poor Jay, who still has no clean clothes.Enter F.B.I. Inspector Zimbalist (Donald May, "The Edge of Night"), who sees this as an opportunity to catch his long-time nemesis Benedictine. Zimbalist sends his Miami Vice wannabe (Olympic gold medalist Carl Lewis) to follow Jay.Meanwhile Jay meets Trish (Jeanne O'Brien) a beautiful sexy reporter, at a rock concert. Benedictine and part of the goon squad are at the concert too, and when they catch a glimpse of Jay, Benedictine orders Maurice (Sonny Bono, Hairspray), one of his goons, to break into Jay's apartment and find the cash. Instead Maurice discovers Larry (Olympic gold medalist Greg Louganis), Jay's girl-dripping surfer roommate.What Follows is a hair-raising, constantly hilarious chase, with everyone after Jay and Trish. Will Benedictine's goons catch Jay? Will Jay ever get to rinse and dry in L.A. again? Will Trish get an engagement ring from Jay, or just ring around the collar?Whisk thus wet and wild, action-packed comedy home and find out!