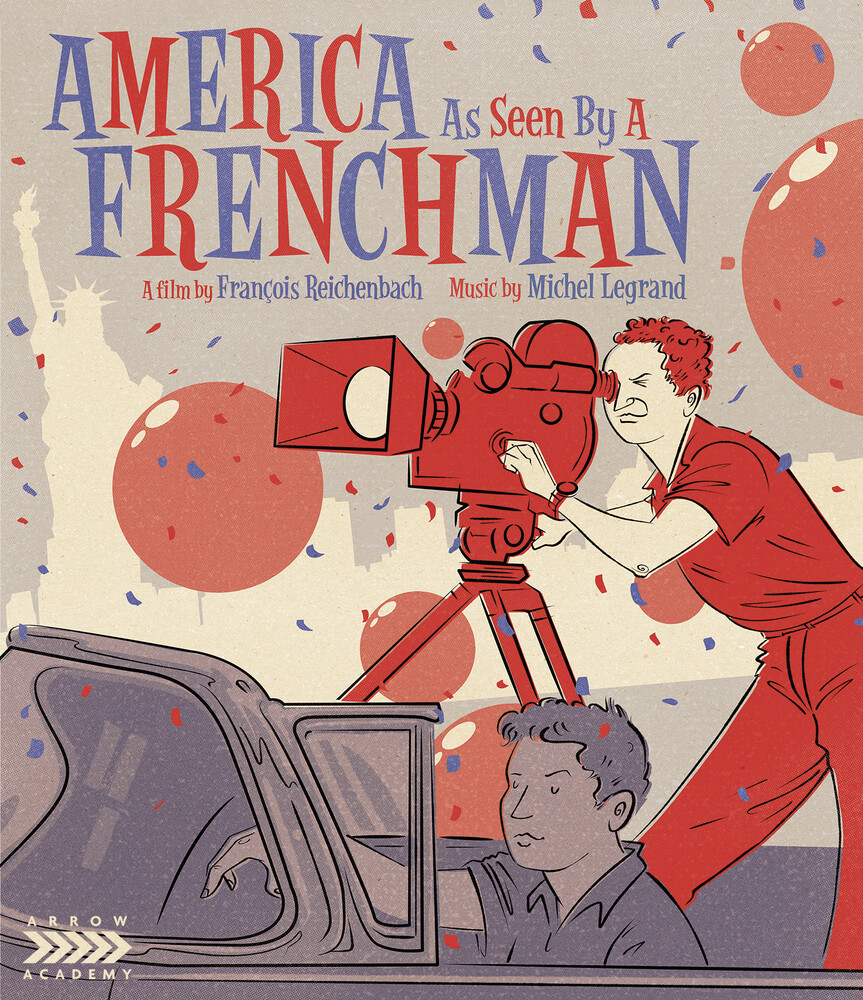 America As Seen By A Frenchman

At the end of the 1950s, celebrated French documentarian François Reichenbach (F for Fake, Portrait: Orson Welles), whose lens captured the likes of Brigitte Bardot and Johnny Hallyday, spent eighteen months traveling the United States, documenting it's diverse regions, their inhabitants and their pastimes. The result, America is Seen by a Frenchman, is a wide-eyed - perhaps even naïve - journey through a multitude of different Americas, filtered through a French sensibility and serving as a fascinating exploration of a culture that is both immediately familiar and thoroughly alien. Prison rodeos; Miss America pageants; visits to Disneyland and a school for striptease; a town inhabited solely by twins; rows of newborns in incubators, like products on an assembly line - all these weird and wondrous sights, and more, are captured, sans jugement, by Reichenbach's camera, aided by whimsical narration (provided by, among others, Jean Cocteau) and a jaunty musical score by the late, great Michel Legrand (Une femme est une femme). Titled L'Amérique insolite - literally "unusual America" - in it's native tongue, America as Seen by a Frenchman lovingly renders the various eccentricities of Americana circa the mid-twentieth century, and proves the old adage that reality really is stranger than fiction.