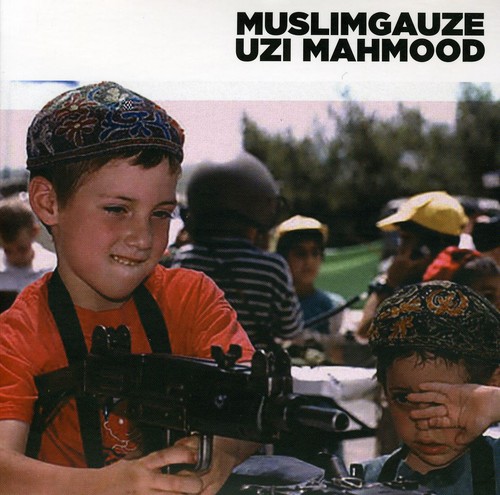 Two weeks after agreeing to record a disco album for Soleilmoon, Uzi Mahmood was delivered to the label. But instead of the agreed on two or three tracks, he sent an eleven song compact disc, followed a week later by a 90-minute digital audio tape containing the entire CD plus two more pieces. Four songs were eventually selected for the experiment, and in the spring of 1998 a dirty-and-dubby 12-inch EP was released. Two more songs were later used to replace a pair of corrupted tracks on the master tape for Hussein Mahmood Jeeb Tehar Gass, released on CD in 1999. The music was well received by fans, but the hoped for dance floor revolution never happened, and the little record with the unconventional beats went out of print a few years later. Fast forward to the present: the year is 2009 and the four-song EP has been out of print for more than five years, seven more songs lie waiting in the vault, still unreleased, and the two tracks tacked onto Hussein Mahmood Jeeb Tehar Gass are the only ones in wide circulation. Now available as a two CD set. Disc one has the eleven tracks from the original master, disc two has the two extra songs that came on the DAT.