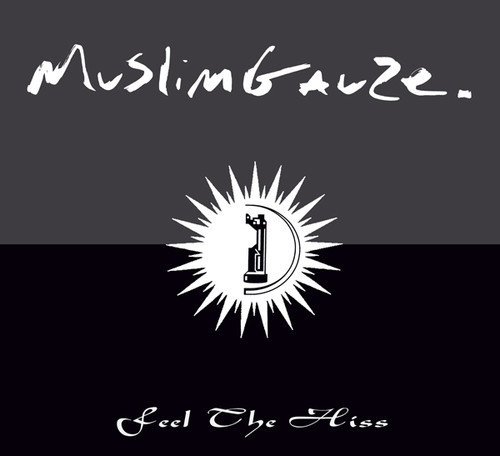 Some of the tracks on Feel the Hiss, a release Bryn Jones recorded live to cassette in early 1995 but never had the chance to remix and Polish before he died, use the same kinds of devotional voices found on much of Minaret Speaker (ARCHIVE 029 CD), but here other voices are present too. Conversational or angry, male or female, English or French or Arabic, almost inaudible or forcing their way to the front of the music, these "Zilver Tracks" (the name based on a note Jones wrote on the tape) engage more directly with the world Jones was so fascinated with and tried to represent over and over again in his work as Muslimgauze. If, like most listeners, you only speak one or two languages, the content on Feel the Hiss can be just as inscrutable as anything Jones has put out. But the music, luckily, is also just as wonderful; for a set of demos recorded live to tape, the Feel the Hiss material certainly comes across as fully-formed, if a bit more reflective and synthesizer-heavy than much of his oeuvre. The lengthy "Zilver Track 4," especially, seems at times like a tour around the embattled regions of the world Jones was so passionate about, complete with echoing percussion, voices in various languages, even train sounds. Not that this is Muslimgauze's answer to the KLF's Chill Out, by any stretch of the imagination; the dark, shimmering "Zilver Track 1" is as compellingly propulsive as any of his songs. It's possible that if Jones had gone back to this tape his changes would have brought it more in line with other Muslimgauze releases, but as it is Feel the Hiss is a chance to experience the more contemplative side of his work.
back to top