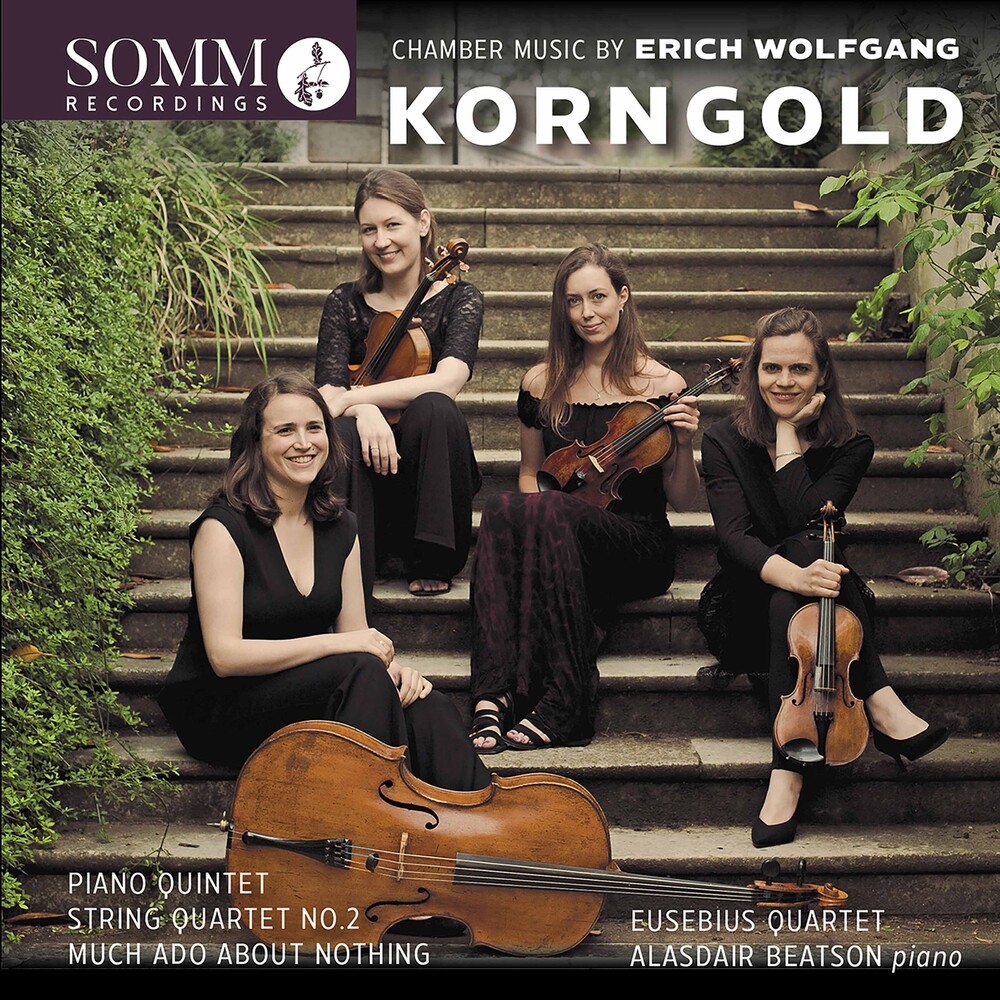 SOMM Recordings throws new, invigorating light on the Chamber Music of Erich Wolfgang Korngold, performed by the Eusebius Quartet and pianist Alasdair Beatson. Hailed by musicologist Nicolas Slonimsky as "the very last breath of the romantic spirit of Vienna", Korngold's stellar beginnings in Europe's concert halls and opera houses were later overshadowed by his success in America where his soaring symphonic signature forged the template for the Hollywood soundtrack. But, as Korngold authority Brendan G Carroll notes in his informative booklet essay, the composer's "relatively small body of chamber works... is no less impressive and actually offers a succinct distillation of his style and voice, often to considerably profound effect". The earliest work here is the string quartet arrangement of the suite drawn from his 1920 incidental music to Shakespeare's Viel Lärmen um Nichts (Much Ado About Nothing). It's glowing Intermezzo is heard in the world premiere recording of Tom Poster's sumptuous new arrangement. The following year's Op.15 Piano Quintet was composed shortly after Korngold's opera Die tote Stadt (The Dead City), and, Carroll notes, "it's flamboyant, heroic melodic style owes much to the residual influence of that epic score". The Op.26 Second String Quartet from 1933 "is one of the most intensely 'Viennese' works Korngold ever wrote". The jolly, bubbling humour of it's opening gives way to a rich, expansive Larghetto before concluding with a spirited hymn to that most Viennese of dance forms, the waltz. Praised as "excellent" by The Sunday Times, the Eusebius Quartet was formed in 2016 and is making it's debut on SOMM Recordings. Alasdair Beatson's previous SOMM releases include his enthusiastically reviewed recording debut, coupling Schumann, Grieg, Brahms and Berg (SOMMCD 086), and a Mendelssohn recital (SOMMCD 104) hailed by Classic FM for it's "highly sensitive playing of rare insight".