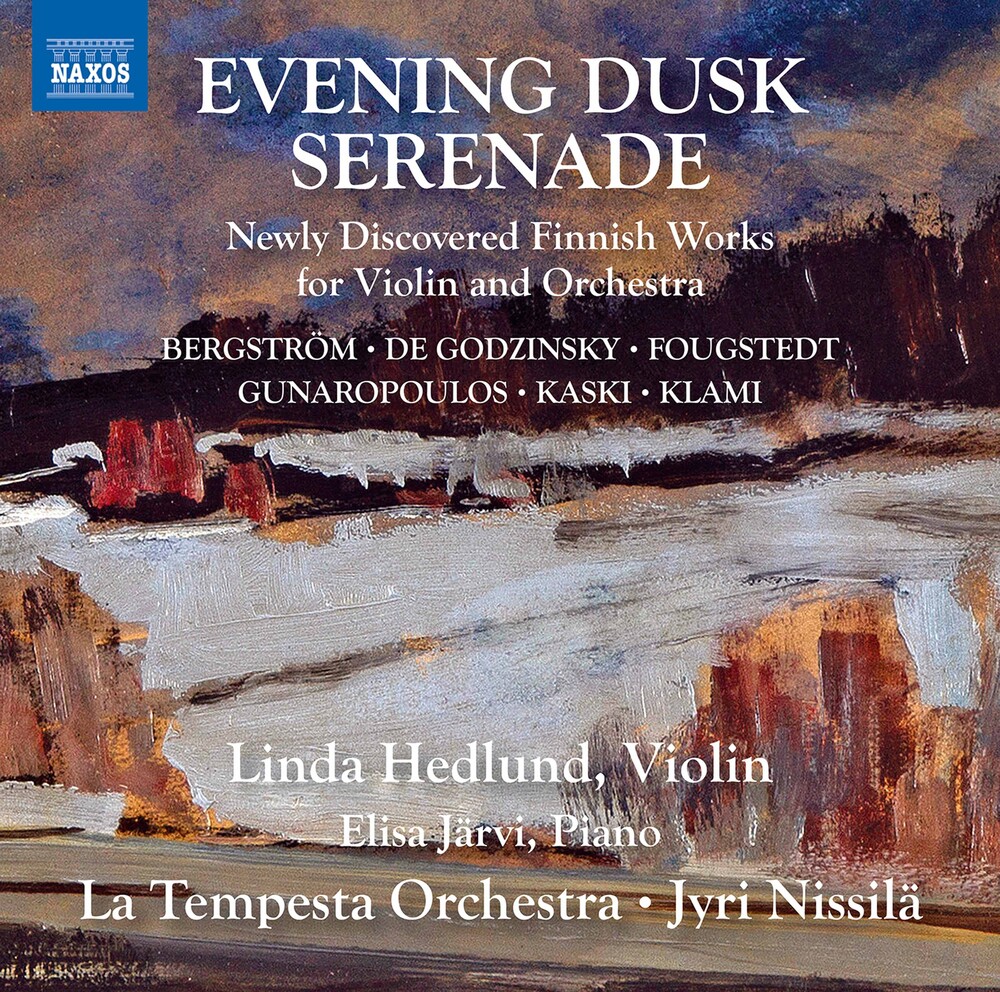 The repertoire of Finnish music for violin and orchestra is full of hidden gems, with a substantial amount of works remaining unperformed and unpublished. The music on this recording represents a style of light classical music that was popular from the 1930s to the 1960s but remains largely forgotten today. All of the composers represented here created highly lyrical and charming works, including Uuno Klami who, after Sibelius, is considered one of the most important composers in the history of Finnish music. Linda Hedlund graduated from the University of Music and Performing Arts, Vienna, in 2002 and went on to complete her doctorate in violin performance at the Sibelius Academy, Helsinki, in 2010. Since 2019 she has specialized in Baroque violin performance at Novia University of Applied Sciences in Finland. Performing internationally as a soloist and chamber musician, Hedlund has appeared as a soloist with La Tempesta Orchestra and in ensemble alongside the principal players of the Vienna Philharmonic and pianist Oliver Kern, as well as with numerous other orchestras and chamber groups worldwide.