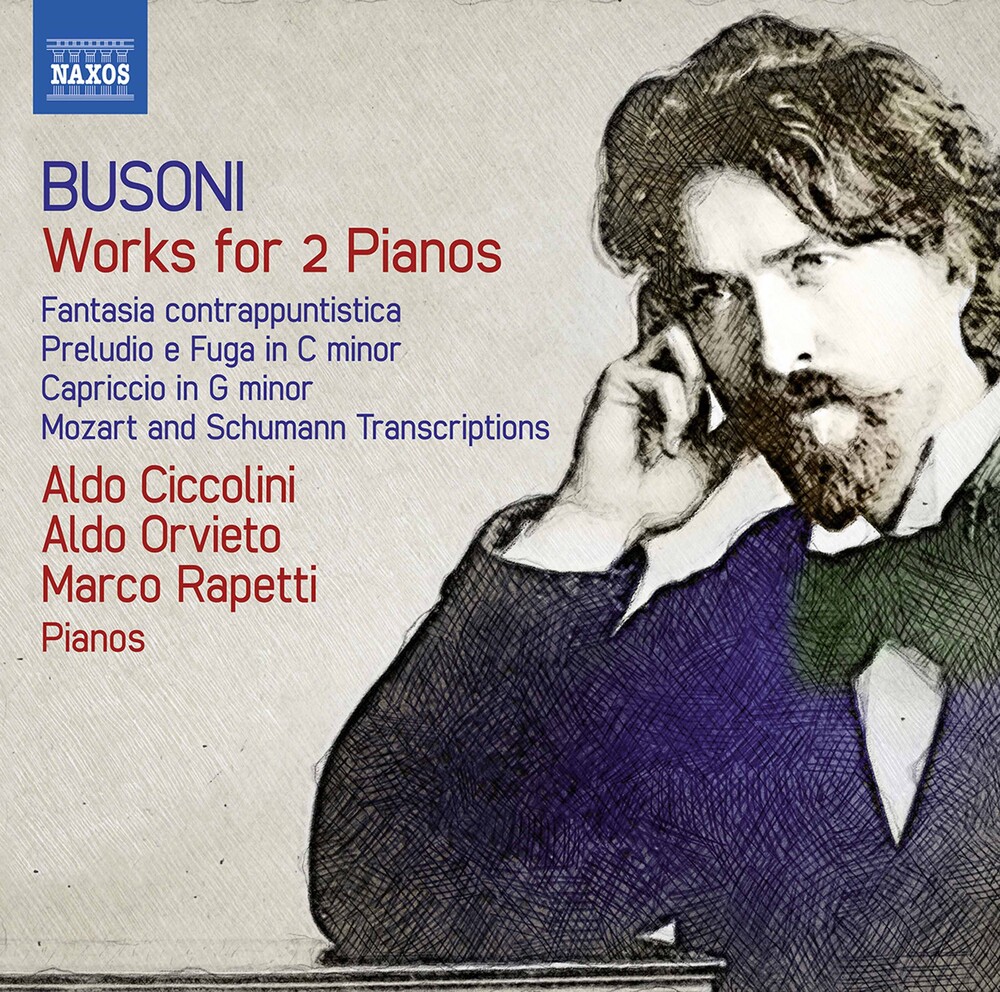 Ferruccio Busoni composed a significant number of works for two pianos throughout his life. While Bach's pervasive influence is already evident in some of his early compositions including the Preludio e Fuga and Capriccio, it reaches it's most complex and glorious expression in the definitive 1921 version of his Fantasia contrappuntistica. In the case of Schumann's Op. 134 for piano and orchestra, Busoni simply reduced the orchestral part for a second piano. However, his skill as a master transcriber and composer is revealed in his brilliant arrangements of Mozart's works, which also highlight the subtlety and originality of his style. Aldo Orvieto has recorded extensively, releasing more than 70 albums dedicated to composers of the 20th century on a wide variety of labels, many receiving critical acclaim.