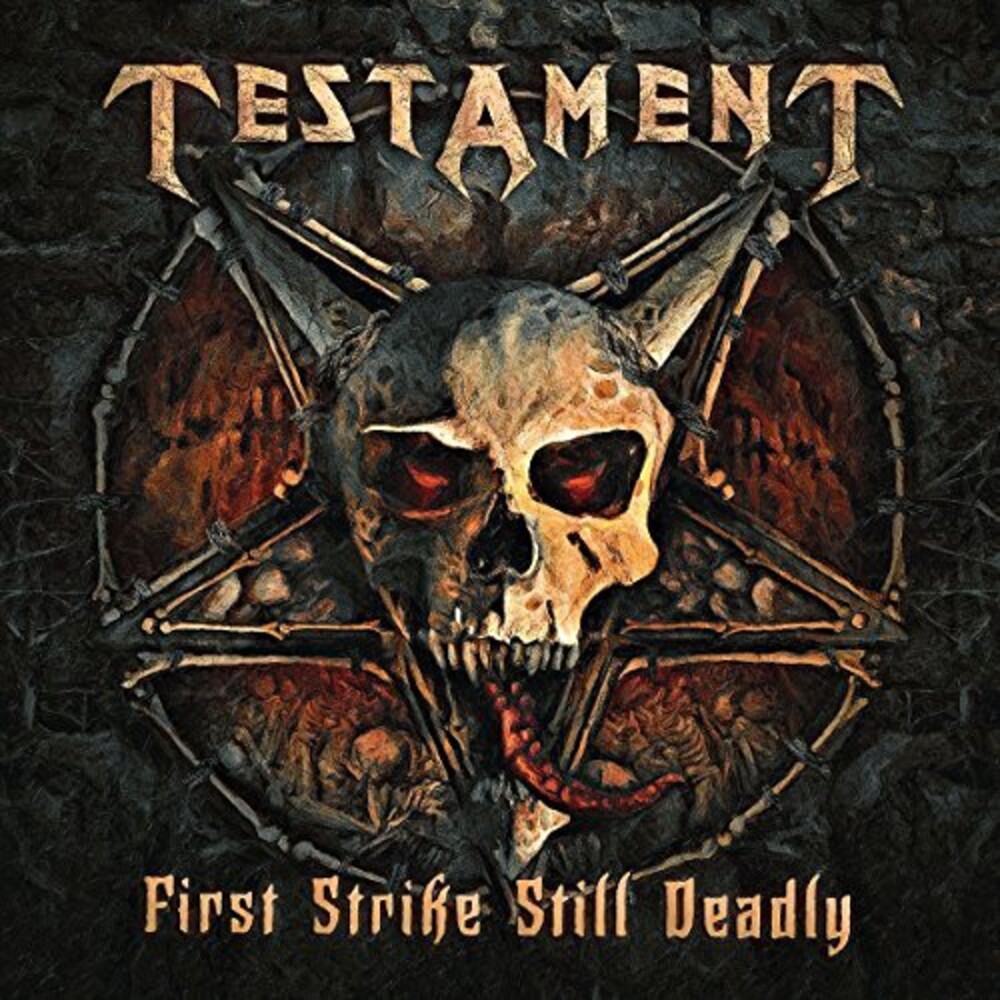 Testament TITLE: First Strike Still Deadly First Strike Still Deadly is a compilation album by Testament, released in 2001. It consists of re-recordings of songs released on The Legacy and The New Order, as well as a re-recording of "Reign of Terror", which was originally on Legacy's Demo 1 and was also a b-side from the "Trial by Fire" single. Testament is an American thrash metal band from Berkeley, California.