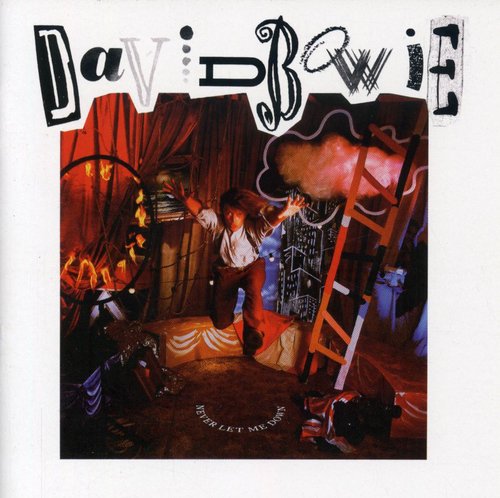 ''Never Let Me Down'' is an album by David Bowie, released April 1987. It drew some of the harshest criticism of Bowie's career, condemned by critics as a faceless piece of product and ignored by the public -; Bowie himself said that the album featured good songwriting that was ruined by overly commercial and dull production. However, it featured more of Bowie's own compositions than its predecessor, ''Tonight''.

Tracks from ''Never Let Me Down'' formed the backbone of Bowie's highly theatrical Glass Spider world tour in 1987 (an official "video album" was released from this tour which was also called ''Glass Spider''). The album's second track, "Time Will Crawl", was also used in the French arthouse movie ''Les Amants du Pont Neuf'' (The Lovers on the Pont Neuf).

Describing the album, critic Ira Robbins wrote "although this casual loud-rock outing... seems on first blush to be slapdash and slight, the first side is actually quite good, offering provocative pop-culture lyrics delivered with first-take enthusiasm and carefree backing." - Wikipedia