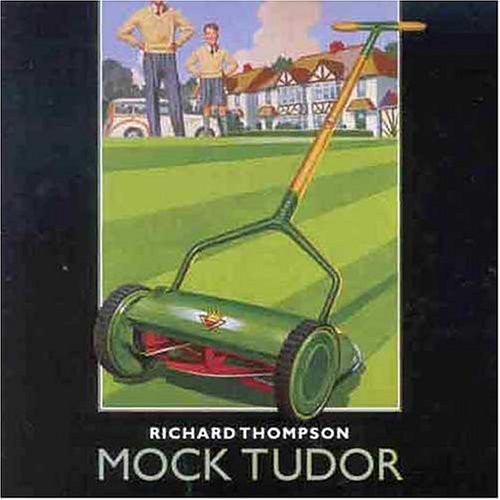 Out-of-print in the US. EMI.

''Mock Tudor'' is an album by Richard Thompson released in 1999.

For this, his fifth album for Capitol Records, Thompson teamed up with producers Tom Rothrock and Rob Schnapf, and ''Mock Tudor'' had a more straightforward production than his preceding albums on Capitol which had been produced by Mitchell Froom. In this album Thompson draws predominantly on the musical styles of Sixties England—the time and place of his youth. The lyrics have a nostalgic tinge and are rich with allusion to fairy tales and children's books as well as to Shakespeare and T. S. Eliot.

Thematically, ''Mock Tudor'' is split into three sections: ''Metroland''—comprising the first five songs, "Cooksferry Queen" to "Hard on Me", ''Heroes In The Suburbs''—covering "Crawl Back (Under My Stone)" through "Walking the Long Miles Home", and concluding with ''Street Cries And Stage Whispers''—encompassing the last three songs (on the original release).

Widely regarded by critics and Thompson fans as one of his best works, ''Mock Tudor'' was yet another richly acclaimed album that was largely ignored by the public. This was the last album that Thompson recorded for Capitol and his last to date for a major record label. Subsequent Thompson studio albums would be self-financed and distributed by the smaller Cooking Vinyl label. - Wikipedia