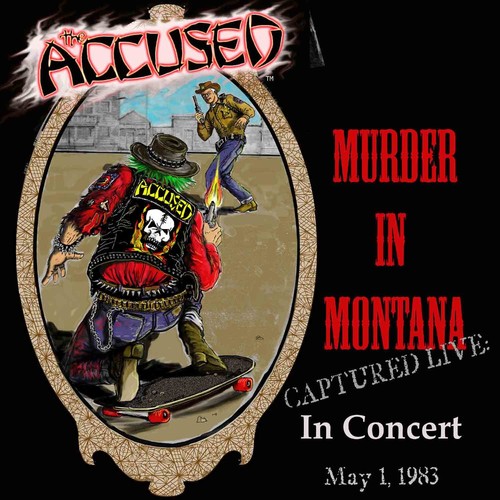 "Some of those earlier shows we did were historically noteworthy," reminisces Tommy Niemeyer, guitarist and founder of the Accused. One of those noteworthy moments occurred in the summer of 1983. The Accused, along with the Rejectors and Montana's own Deranged Diction were booked to perform at The Forum in Missoula Montana. The dance floor had 'Dance 'til You Puke' etched into it. "The music on The Accused 'Murder in Missoula' LP is 34 minutes of 50-grit sandpaper across your face; it's rare, unearthed audio documentation with a raw, unedited, genuine appeal. Close your eyes, turn up the volume and be whisked-back in time as The Accused blast through more than a half-hour of gritty, pissed-off three-chord-punk songs; all while poking, instigating and shouting at the crowd of bewildered rednecks. The historic 1983 punk rock invasion of Montana was the brainchild of one Jeff Ament, who catapulted into mega-rock fame with his current band Pearl Jam.
back to top