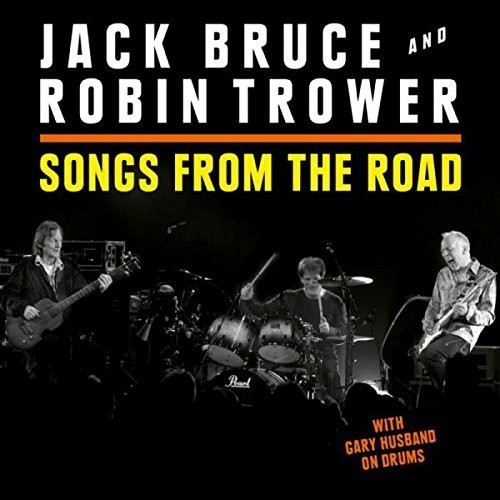 For more than 40 years the legendary Cream bassist and singer and the immensely talented guitarist of Procol Harum made history in the Rock 'n' Roll business. It was in the early 80s when they first collaborated, releasing two remarkable records (B.L.T. 1981 and Truce 1982). Then, 26 years later, Seven Moons was released (2008). A few months later a fansite announced: Bruce, Trower & Husband to take 'Seven Moons' into orbit! For a few nights only, Robin and Jack will get to play live together for the first time ever in late February 2009. After two gigs in Karlsruhe and Cologne the trio was ready to play the Dutch city of Nijmegen, where the concert was recorded. And indeed, this night was very special. Not because of the camera crew and the recording, but because Trower, Bruce and Husband had already formed a whole. They knew, they belonged here. The pleasure the guys had on stage makes this CD/DVD set a unique piece of rock music. Jack Bruce who died last autumn but had already suffered several strokes of fate at the time of the recording said during the show: It is fantastic to be here. For me personally, it is fantastic to be anywhere, actually ...