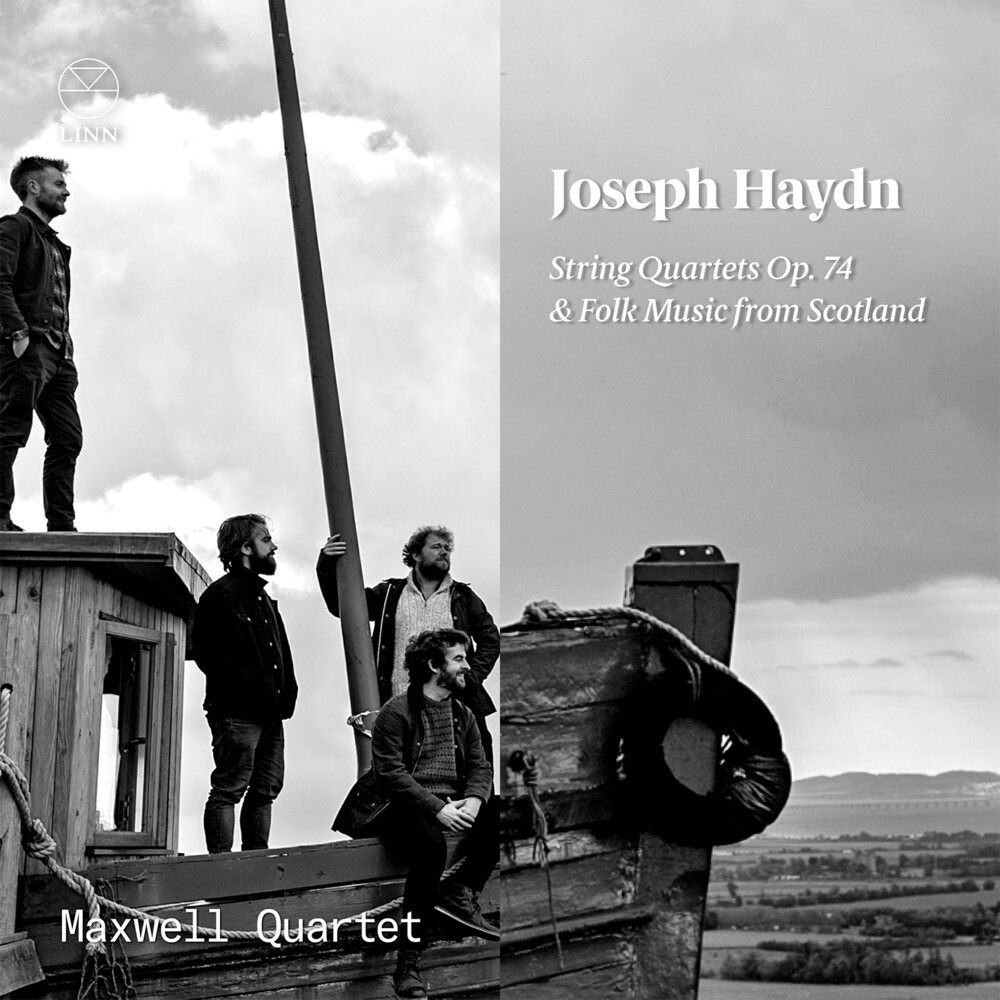 Following the exceptional success of it's debut album the Maxwell Quartet returns with it's second recording of Haydn. The intriguing juxtaposition of Haydn string quartets with traditional Scottish folk music once again forms the basis of the programme. MusicWeb Inernational named Haydn: String Quartets Op. 71 as one of it's Recordings of the Year stating: '... letting this superb playing simply wash over you has been one of the year's great pleasures.' The prize-winning quartet is performing Haydn's Op. 74 and their selection of folk music will include traditional tunes from the Highlands and Shetland plus music by Niel Gow, Jean Finlayson of Lewis and Isaac Cooper of Banff. Following the Maxwell's performance of Haydn's String Quartet in F, Op. 74 No. 2 at the 2020 Edinburgh International Festival The Scotsman wrote: 'Such distinctive personality informed Tuesday's opening performance... it's finely tailored Classicism enlivened with light-hearted repartee and risky spontaneity.'