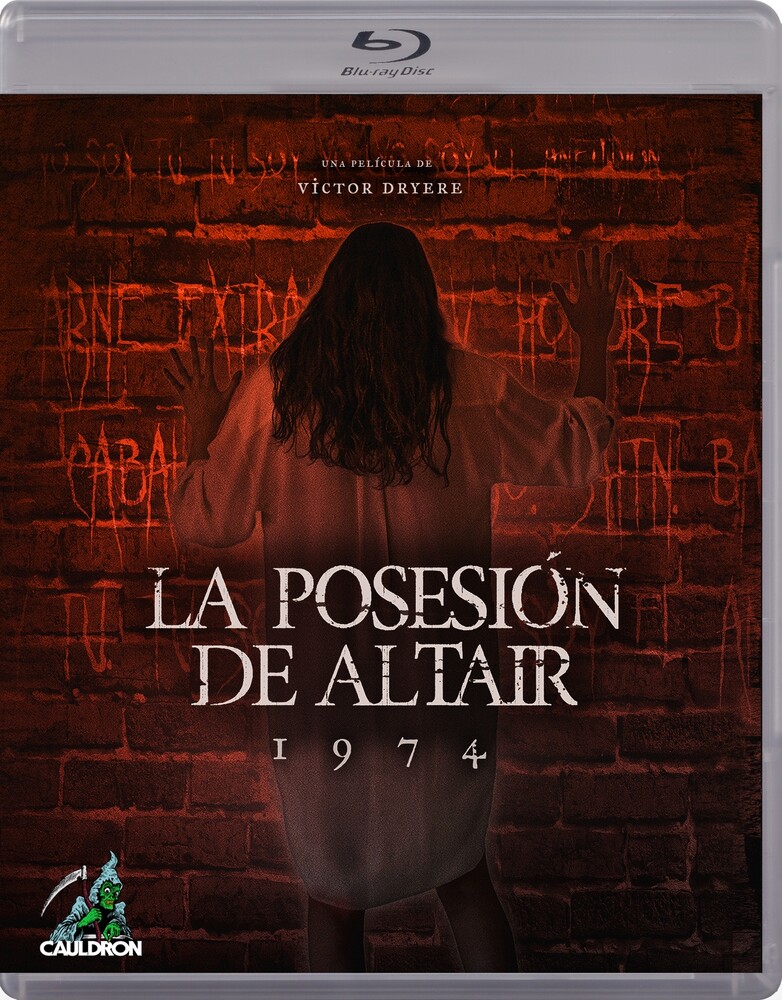 When newlywed Altair claims to have found a way of communicating with God, she builds a black brick door in her bedroom but her increasingly erratic behavior points to something more sinister. Her spiral is documented on the 8mm films shot by her husband and later found after their disappearance. Cauldron Films is proud to present the world wide Blu-ray debut of the Mexican found footage film 1974: La posesión de Altair. Shot on super8 film and directed by Victor Dryere, this meticulously created descent into madness uses atmosphere and brooding sound design to shape an unnerving experience.