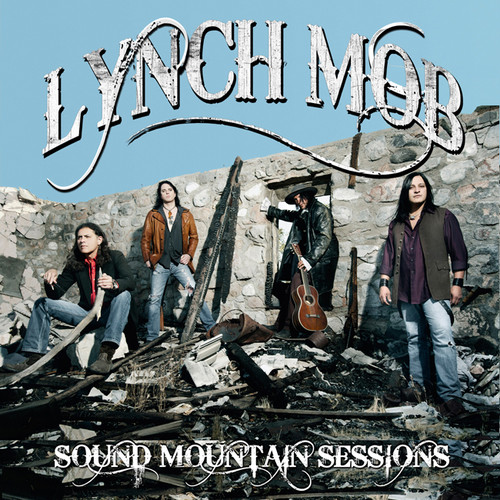 Sound Mountain Sessions is a straight forward, gritty, well-polished American hard rock offering from legendary LYNCH MOB, that truly captures the magic of their genre. It's got bite, it's got soul, and lyrically, Oni Logan holds nothing back on this one! Recorded in the traditional "old school" way, the band locked themselves into Sound Mountain Studios for a week straight and put their ideas in the capable engineering hands of Chris "The Wizard" Collier. With nothing more than the desert rats as their audience, a steady intake of ramen noodles, and their passion for Rock and Roll, the band gave birth to "Sound Mountain Sessions", a four song EP that rivals their previous work from the early years. Another fantastic element about these new songs is the addition of bassist Robbie Crane, who brings solid grooves and melodic backing vocals to each track (a little known fact: Robbie was actually the very first bass player of Lynch Mob!). George Lynch does what George Lynch has always done best in this amazing release - he plugs in his guitar and then taps into the universal energy that only the elite guitar gods have access to....and delivers the goods.