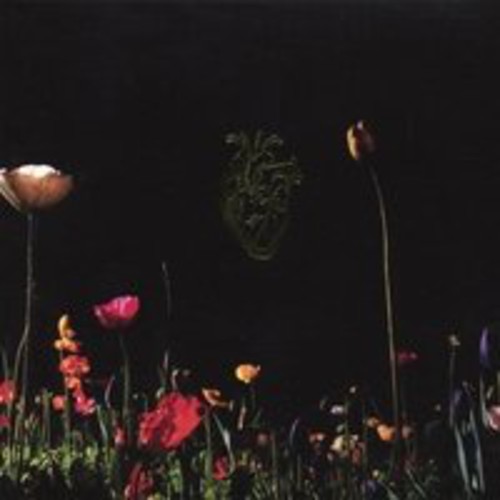 In the land of the landslides, flash floods and valleys of stars, Birds & Batteries have discovered their own California summer, with their latest album \'I\'ll Never Sleep Again\'. Inspired by the sparkle of 70\'s studio rock (Neil Young, the Eagles, Steely Dan) and driven by the compositional freedom of electronic music (Daft Punk, Hot Chip), the new album further develops B&B\'s original components of analog and digital, pedal steel and synthesizers, country and city. Rich production and intricate arrangements aside, \'I\'ll Never Sleep Again\' also tells a story. Using a reinvention of Neil Young\'s \'Heart of Gold\' as a jumping off point, \'I\'ll Never Sleep Again\' takes us on a journey into the heart of darkness itself, into jungles, across oceans, through sunken country-sides and flooded houses in search of love and self-realization in an era of natural disasters. Recorded by Ian and Jay Pellicci (Deerhoof, Erase Errata) at John Vanderslice\'s Tiny Telephone studios, this album features the musicianship of some of San Francisco\'s finest, including Brian Michelson (The Loyd Family Players), Julie Thomasson (Or, The Whale), Jill Heinke (Aeron Flute Ensemble), Neil Thompson (Low Red Land), Daniela Gesundheit (Snowblink) and Katrina Weeks (The Music Lovers). Equal parts explosive pop and epic balladry, four-on-the-floor beats and lonesome Americana, Birds & Batteries has taken another step down their path of genre-defying music. Call it country rock for the information age, the urban pastoral or what you will, Birds & Batteries\' \'I\'ll Never Sleep Again\' is a work of singular vision and startling originality. After a record release show at Café Du Nord in SF to a capacity audience and gearing up for a show at the prestigious Great American Music Hall in late August, Birds & Batteries is hitting the road in August and October, bringing their explosive live show to a small club near you. Praise for Birds & Batteries and I'll Never Sleep Again \'San Francisco's Birds & Batteries isn't just a standout local band, but one that could hit the national radar.\' - East Bay Express \'Tip your hat to Birds & Batteries for making eccentric music without worrying about fitting into an easy genre.\' -SF Weekly \'While Nature vs. Nature... was strong, I'll Never Sleep Again represents significant advancements in both production and songwriting. The new songs are ambitious, featuring dense layering of synths and effects, and Sempert's voice is strong and commanding. Unlike many releases, the album feels like an album, with songs leading into each other and themes developing as the release progresses.\' -The Bay Bridged "We don\'t say this lightly, because there are really a lot of great artists coming out of the Bay Area, but we do have a current favorite: Birds & Batteries. . .We love I\'ll Never Sleep Again. It\'s still the B&B we met on their last release, but this time the woeful steel guitar and Mike Sempert\'s deep drawl are buffered by better productions. Including warm bursts of synths so thick you could hold them in your hand. -The SFist.
This website uses cookies to personalize content and analyse traffic in order to offer you a better experience.
I accept Learn More
back to top