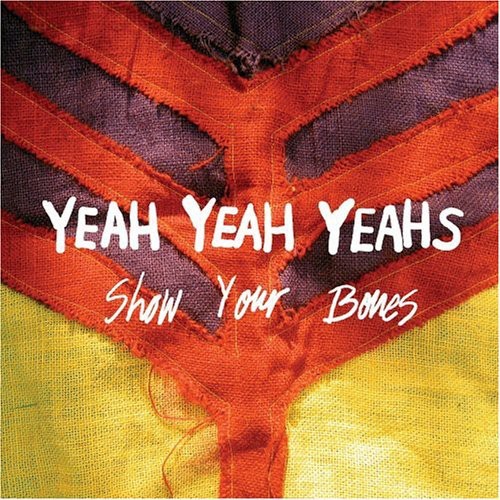 The Yeah Yeah Yeah's whoop, shriek and just plain rock. Now the New York rock trio return with their highly anticipated release SHOW YOUR BONES. It's been three years since their last offering and you can be prepared for some healthy growth on this one. Features the single "Gold Lion."

''Show Your Bones'' is the second full-length album by new New York indie rock band Yeah Yeah Yeahs. It was released on March 27, 2006 (March 28, 2006 in North America) and nominated for a 2007 Grammy Award for "Best Alternative Music Album".

It was originally stated that the album was to be a concept album about the lead singer Karen O's cat entitled ''Coco Beware'', but this turned out to be untrue. The cat does exist, but belongs to a friend of Karen's.

In an interview with ''Blender'' magazine, the band says during the writing and recording that they had almost broke up, calling that time one of their "darkest" moments. - Wikipedia