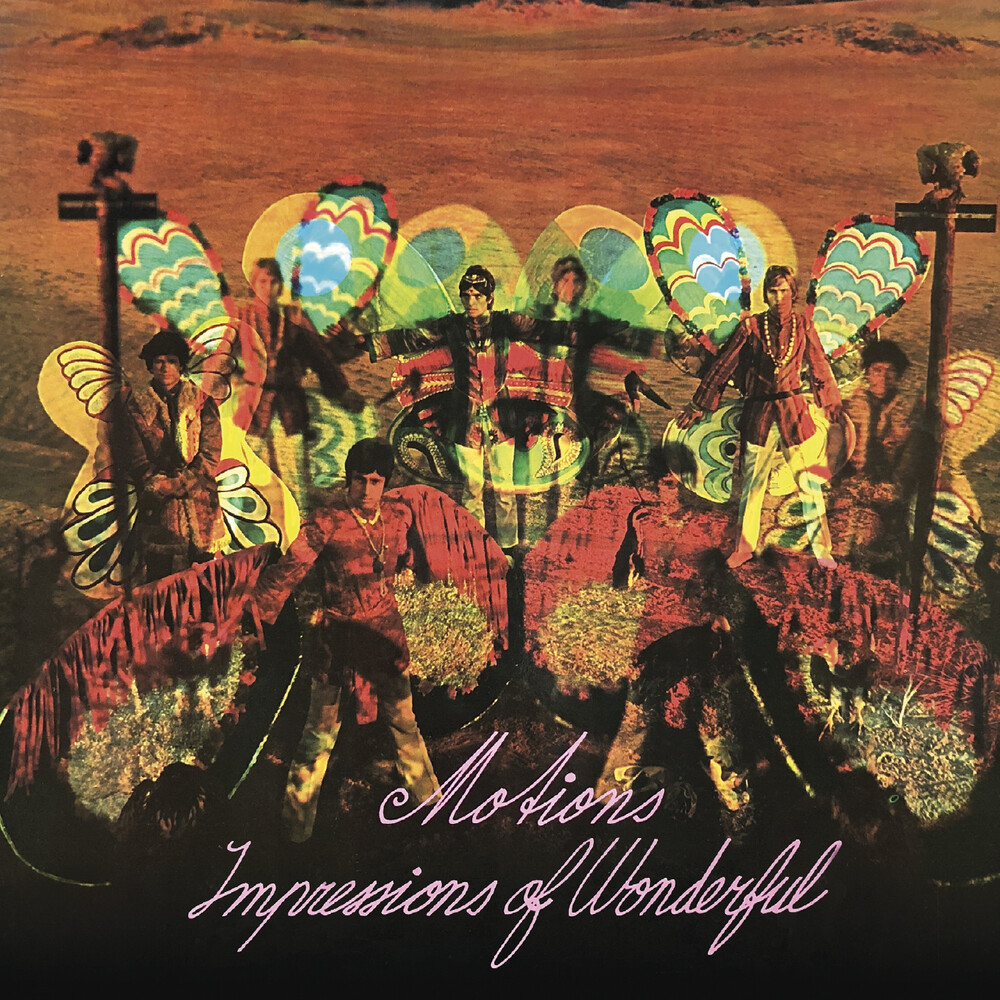 The Motions from The Hague, Holland, were one of the bigger groups of the 1960s Dutch beat explosion. They were formed out of the remnants of Ritchie Clark and the Ricochets. (support act for the Rolling Stones' historic shortest concert ever at the Kurhaus in Scheveningen). The Motions were founded by singer Rudy Bennett and guitarist/songwriter Robbie van Leeuwen who then again left the band after The Motions third album 'Impressions Of Wonderful' to form a new band: Shocking Blue. 'Impressions Of Wonderful' was The Motions Flowerpower album, at the time often mentioned as the Dutch 'Sgt. Pepper'. Despite the departure of Robbie van Leeuwen the band was talented enough to become Hollands hitmakers for the next several years in the '60s.
back to top