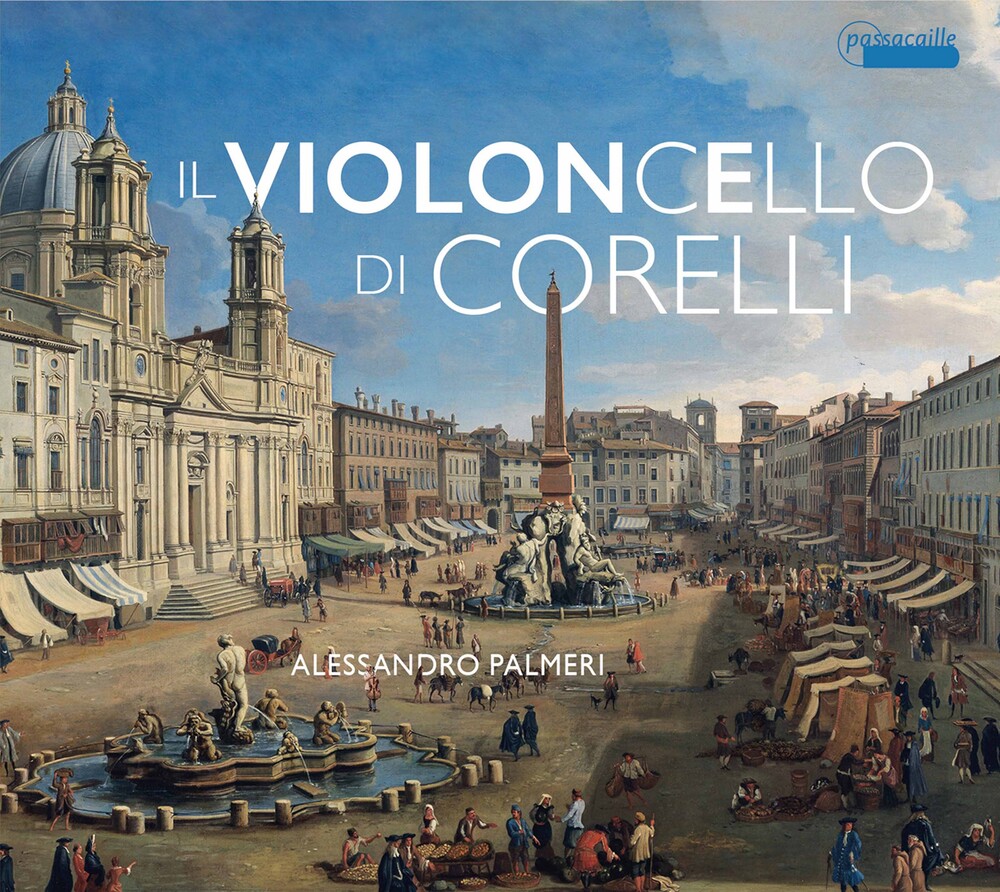 Il violoncello di Corelli leads us to the origins of the solo cello literature - although one should actually use the term violone. In fact, the cello, as we know it today in it's standard form, had many different sizes before it's current proportions became generally established. Some instruments were larger, and the smaller ones were referred to by the diminutive form of the term violone - hence the word violoncello. And one of these early 'bigger brothers' is the main protagonist of this recording: the instrument played by Alessandro Palmeri was built by Simone Cimapane in Rome in 1685. It is a rare testimony to the original size of the violone. It is furthermore a unique instrument because it was used in ensembles in Rome in which Corelli himself played. Alessandro Palmeri presents a compilation of works from the early solo literature for cello by composers such as Domenico Gabrielli, Giuseppe Pietro Gaetano Boni, Giuseppe Colombi and Giovanni Battista Vitali. The extraordinarily prolific period, both artistically and musically, which prevailed in Emilia Romagna throughout the 17th century, provided the conditions for the creation and development of the cello literature. The works on this recording mark the transition from the epoch of the violone to the epoch of the violoncello. With them, the cello was ultimately freed from the continuo role to which it had previously been limited.