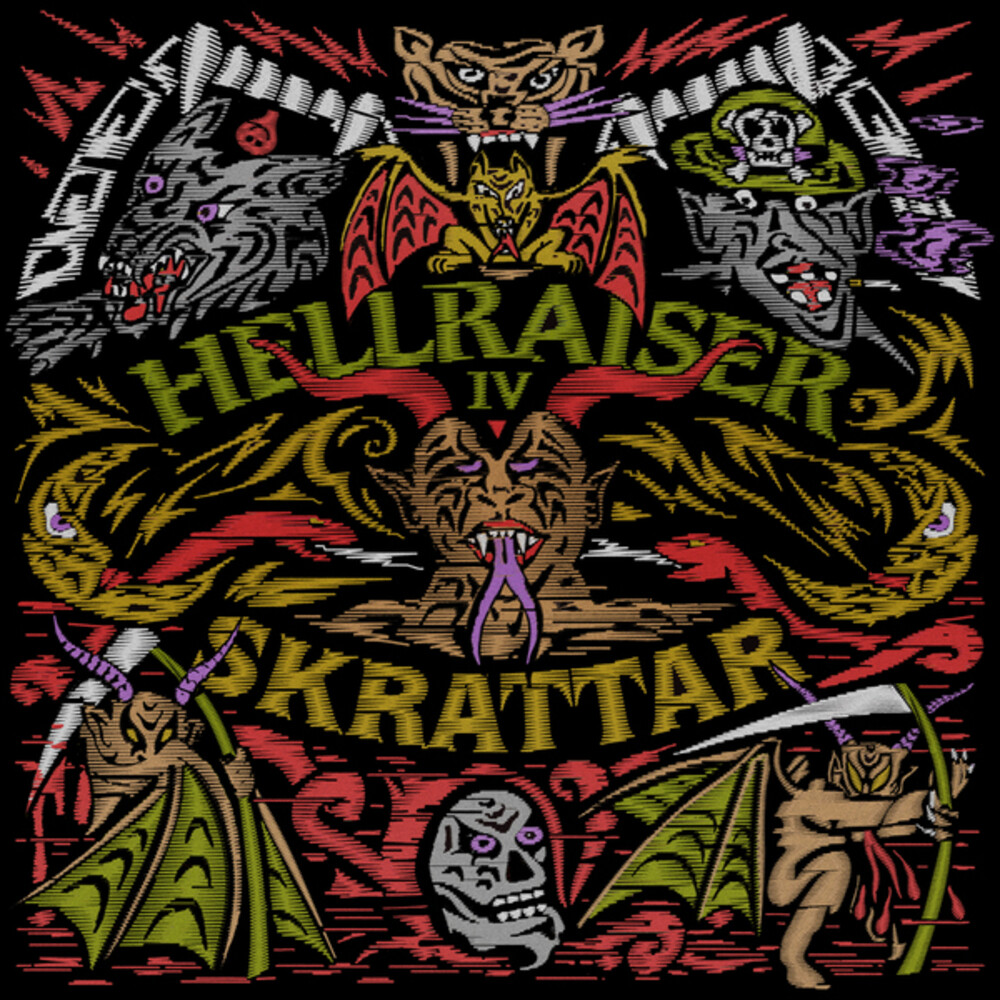 Bjarki's bbbbbb records welcomes it's first-ever non-electronic project as Icelandic rock band Skrattar joins the label to unveil their thirteen-track album, 'Hellraiser IV'. Four-piece outfit Skrattar can be described as cigarette rock with an electronic vibe that makes your upper lip sweat. Having already developed a loyal fan base in Iceland as a powerful live act with an energetic and provocative stage presence, the band now look further afield to global horizons as they reveal their latest album, 'Hellraiser IV'. With the release of 'Hellraiser IV', bbbbbb broadens it's catalogue beyond dance and electronic music. While the label's primary focus will remain electronic, several other genres will also feature - the connecting factor being that the music is Icelandic, experimental and fresh... The best that grassroots has to offer. 'Good music should be heard, and this is my take on delivering probably the best music coming from Iceland at the moment. It's an honest, wild love story of true friendship and creativity coming together in one album' - Bjarki 'Hellraiser IV' contains thirteen tracks written over three years, with the oldest songs composed the year the band was founded, 2016. In 2019, when a good foundation for an LP had been laid as the band gained followers and honed it's sound, they locked themselves in the studio until they completed the album. With many of the tracks composed in the dead of night, containing both lyrics written over a long period as well as improvisation, the final product is a record made by them from A to Z, in line with the band's endearing DIY ethos. 'Skrattar' is Icelandic for a specific type of demon that you can't control, but in Swedish, it means 'to laugh' - with laughter involved across many of the tracks on 'Hellraiser IV' as if to mock the dualism of seriousness. Their subject matter is chaos and anarchism - but their humor and satire are never far away. The music is an ode to the eternal void, while at the same time laughing in it's face.