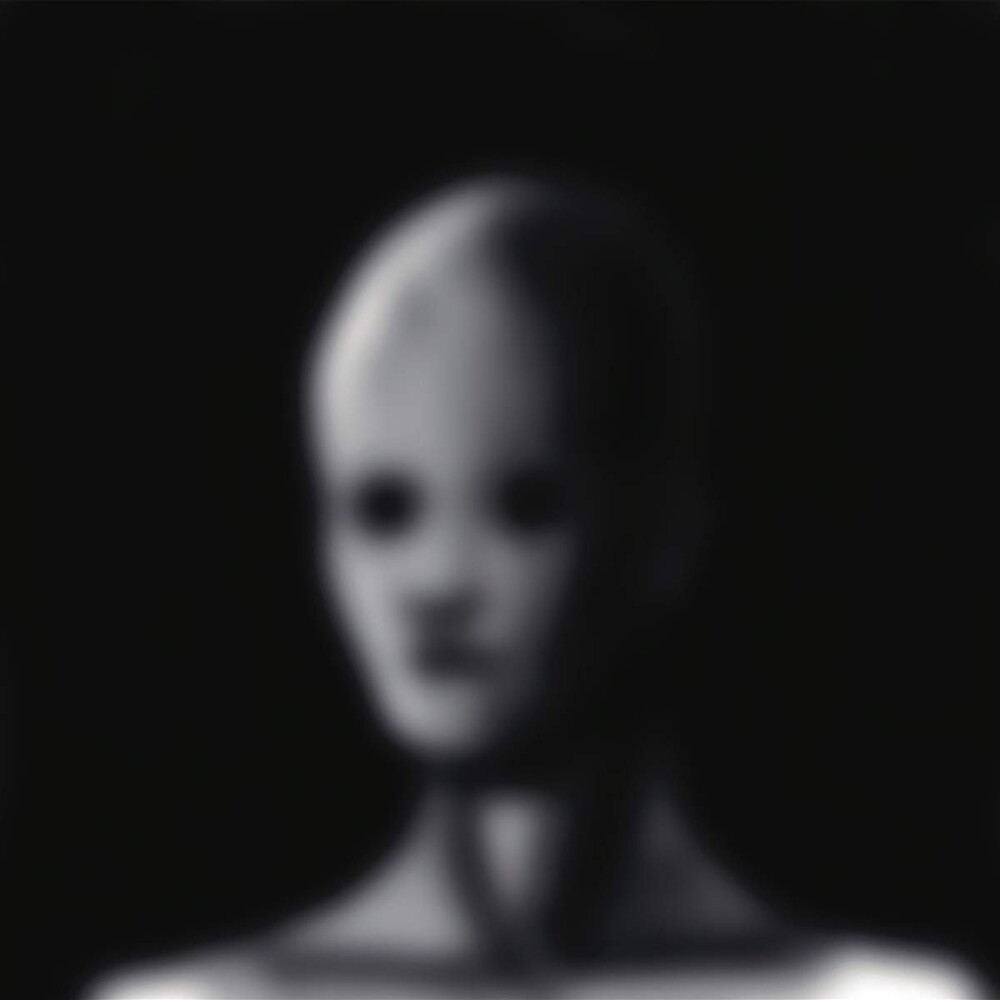 "BLACK HOLE", black in clear vinyl. Microcorps is the new project by artist and musician Alex Tucker (Grumbling Fur, Alexander Tucker, Imbogodom) exploring electronics, cello and voice. The debut release XMIT, an eight-track album featuring collaborations with Gazelle Twin, Nik Void, Simon Fisher Turner and Astrud Steehouder, is out on 16 April 2021. Tucker's ever-evolving soundworld continues to unfold with this collection of harsh realms centred around processed electronic systems, strings and vocal manipulations. On the new album, Microcorps employs altered voices, sound synthesis and atomised beat constructions. In a move away from previous projects XMIT investigates erasing the self, removing obvious traits of the hand and voice, and allowing a focus on the humanoid rather than the human. Instead of recognisable lyrics and coherent imagery, Microcorps evolved synthesised voices to generate alternate characters. He expands, "I was investigating how language brings our world into being and how manipulating the actual grain of the voice could open up momentary shifts in perception." Each track is born from a balance between composition and improvisation within set parameters. At each stage audio is heavily processed and then reconfigured. Setting up systems that are non-repeatable, where decisions can be premeditated and intuitive but never the same with each performance, using hardware and instruments outside of the computer to make live stereo takes that have limited room for editing and mixing. "I'd been looking into combining dream music with machine rhythms, but there are so many great examples out there of both music forms, so I started to cut up the drones and really filter the drum patterns to create a hybrid space." The album artwork features manipulated ink drawings by Tucker that originally featured in his recent comic ENTITY REUNION 2. XMIT refers to a time in which information both physical and nonphysical transfers at an alarming rate beyond human comprehension into an age which is at once banal and terrifyingly alien.
back to top