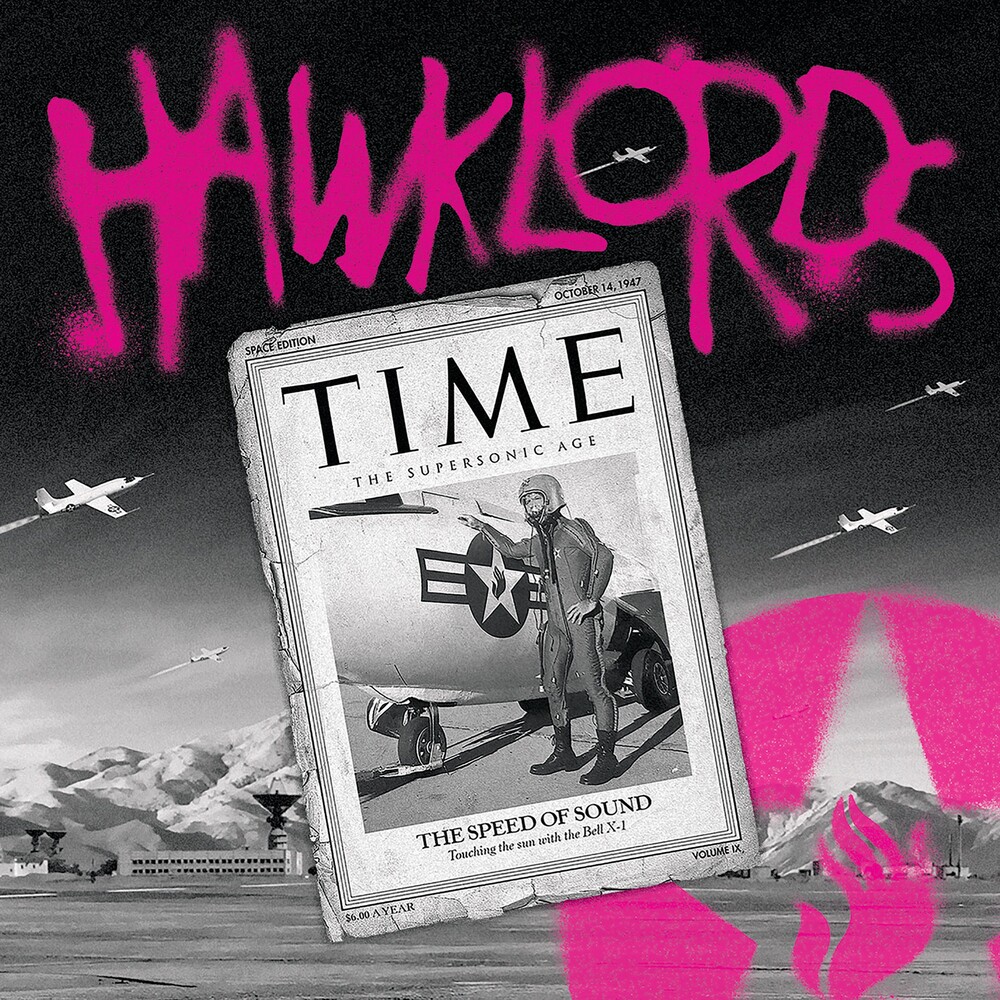 Hawklords 10th consecutive album TIME was recorded under lockdown conditions between November 2020 and May 2021. The album is described by the band as, "Observations of life, seen through the prism of TIME." Featuring killer songs such as "Speed of Sound" a tribute to the aeronauts of the halcyon days of the Supersonic Age of the late 1940s, to the ear-worm Pop of "Turn You On" and the bone-crushing power of the dystopian "To The New Age" a song that would sit well on any Stooges album, TIME is a sci-fi fantasy trip down a rabbit hole full of surprises and instant hook-lines.The band members are: Tom Ashurst, Dave Pearce, 'Dead' Fred Reeves and Jerry Richards, with a guest appearance on the song, "Take Off Your Mask" from long-time Hawklords stalwart and former Hawkwind bassist, Adrian Shaw, plus the astounding saxophone and transcendental flute of Chris 'Beebe' Aldridge (Rudimental and Ben E King) threaded throughout the album. The package is completed with stunning artwork from the British graphic designer, Martin Cook.
back to top