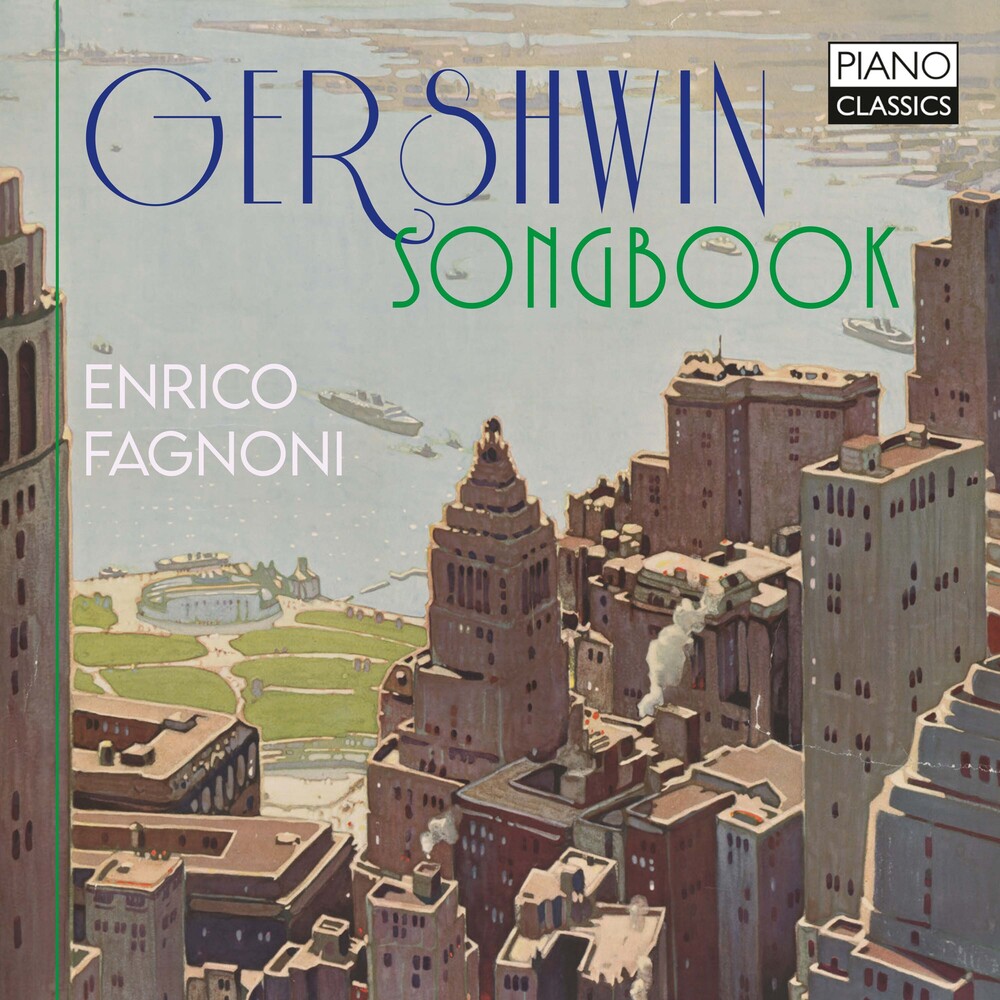 The idea to make this recording took Enrico Fagnoni back to his childhood, and his first musical experiences of the US. He left Italy with scores of Bach, Mozart, Chopin and Rachmaninov, but found himself listening to the best jazz and ragtime musicians. He was astonished by the rhythm of their music, the acoustics of the clubs and the spontaneity of their jam sessions. He offers this new recording of the Songbook as a tribute to Gershwin's genius. Gershwin compiled the Songbook in the early 1930s at the invitation of his publisher, selecting his favorite 18 among the hundreds of songs he had composed up to that point and producing piano-only transcriptions which bear the mark of his pianistic heritage and education in both classical and popular spheres, from Rachmaninov to Zac Confrey. Jazz, ragtime and klezmer all inflect these songs with their own unique harmonies, but ever since their composition they have transcended national and cultural boundaries to win the hearts of anyone who appreciates a melody, whether jaunty or melancholy or erotic. While playing these pieces, Enrico Fagnoni conceived the wish to make his own arrangements of the songs in the Songbook. These are placed on this new album after the 'straight' Songbook, as a unique complement. Fagnoni's take is often quite different in character, and ventures far from the composer's original transcriptions, while staying faithful to his superb melodies. This album marks Enrico Fagnoni's debut on Piano Classics, but he has been a much-sought-after pianist in Italy for many years, performing both in concert and on TV, winning the admiration of Nino Rota and playing the full spectrum of pianistic repertoire from classics to jazz and beyond.