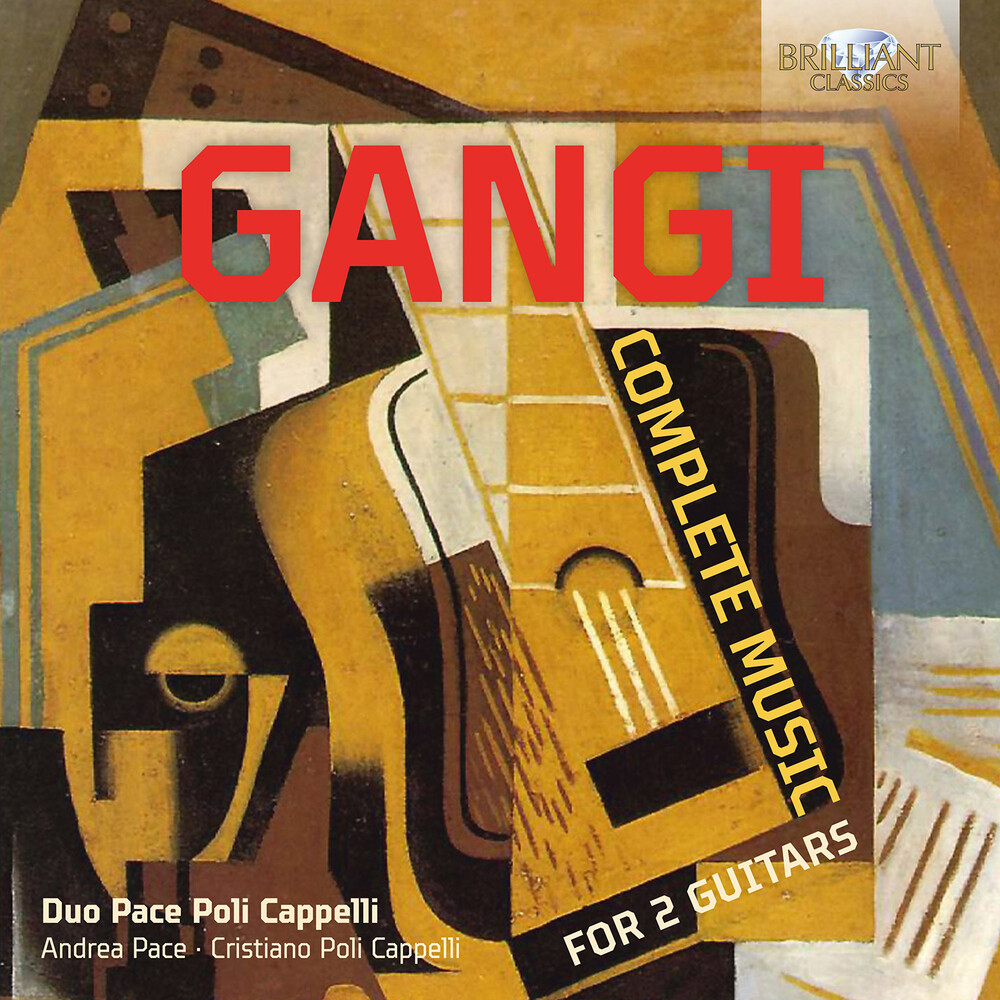 Mario Gangi (1923-2010) was among the pre-eminent Italian guitarists of his generation. Born in Rome to a professional jazz-musician father, Gangi graduated from the city's Accademia della Santa Cecilia and soon followed in his father's footsteps as both an orchestral bassist (with the local radio orchestra) and a guitarist. This latter career took off in the 50s: Gangi gave several important first performances of concertos by the likes of Petrassi and even the 19th-century Giuliani. His teaching method became an essential study for young guitarists, and he edited the music of Sor, Tarrega and J.S. Bach for modern guitar editions. With this recording, the Duo Pace Poli Cappelli present Gangi's music for two guitars, comprising a trio of suites - the Suite Italiana, the Suite Spagnola and Suite Barocca - and a pair of standalone rhapsodies in a more contemporary idiom, the Fantas and Fabulae. The three suites evoke their titled points of inspiration. An Andalusa, Fandango and Sevillana capture the idiom of Spanish folk-music; a Saltarello, Adagio and whirling Tarantella present musical snapshots of Italy; and the Minuet and Gigue of the Suite Barocca return to the courtly world of the 18th century without parody. The Fantas and Fabulae plough a more modern furrow: still essentially lyrical in style, rhapsodic in form but more flecked with dissonance and less dependent than the suites on the specifics of a national idiom. The influence of modern popular styles imbues the Fantas in particular with sunshine and contemporary energy.