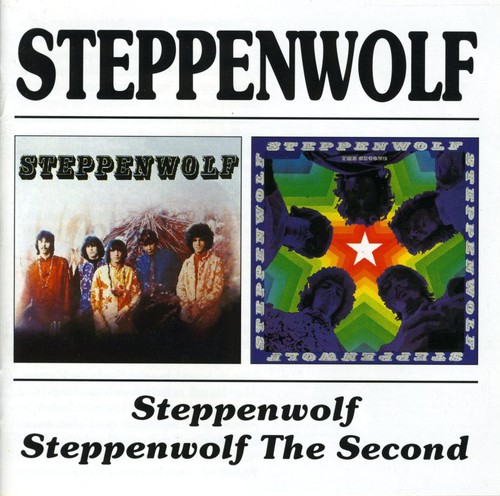 The domestic MCA CDs of Steppenwolf's first two albums offered surprisingly good sound quality for 1960s reissues of the late '80s. That must be testament to the sheer power of the master tapes, which overcame most of the limitations of late-'80s digital audio and the usual timidity of the engineers of that era. The music fairly burned, it's sheer loudness and impact overpowering even on those early CDs. Beat Goes On's reissue of the two albums in a narrow double-CD package does offer improved fidelity (especially on Steppenwolf the Second), but it won't prove quite as big a revelation as one would expect, except for the discriminating listener. The music is mastered at a higher volume, but the MCA discs were done at a pretty high volume as well - the big difference, especially on the second album, is the volume and presence of the rhythm instruments; you can practically hear the action on Jerry Edmonton's drum kit on much of the second album, and Rushton Moreve's bass is far better represented on both discs, all of which makes for a more powerful sound. The break on "Magic Carpet Ride" has sort of had it's impact restored here, despite 38 years of overexposure, and "Faster Than the Speed of Life" makes for an imposing opener. The first album isn't improved as dramatically, though it is good to hear it's blues pieces in their optimum state, and "Born to Be Wild" does have some of that heavy metal thunder. The clarity also presents the group's trademarked distortion in about as sharp relief as anyone is likely to have heard it since the actual recording sessions. The annotation by Sean Egan gives a good account of the group's early history and the more unusual attributes of their music (which, somehow, never earned the respect of the first generation of rock music critics). Perhaps the group was too successful on the charts, and signed to a too shamelessly commercial label (ABC-Dunhill) ever to be taken seriously by those late-'60s rock writers, but as this release showcases, they were a pretty formidable group, given half a chance, and these first two albums sound a lot more engaging and impressive than a lot of other '60s groups' efforts from 1967 and 1968. What's more, between the two albums you get "Born to be Wild," "The Pusher," "Sookie Sookie," and "Magic Carpet Ride," meaning that this package could almost be considered an expanded greatest-hits collection. Beat Goes. 2004.
back to top