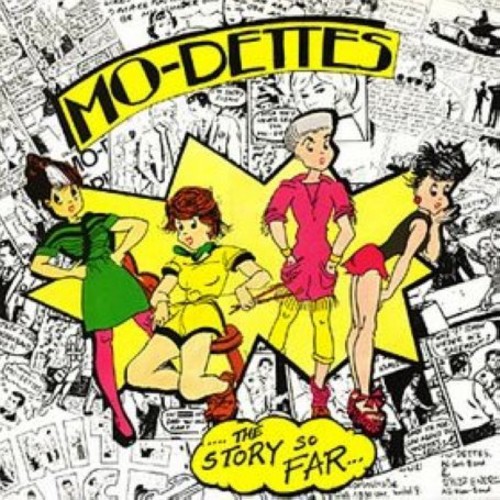 2008 digitally remastered and expanded edition of the UK female Post-Punk band's sole 1981 album including bonus tracks. The Mo-dettes were formed as part of the Punk explosion, with former members having been part of the London squat community, numbering Joe Strummer and Sid Vicious among their housemates. Indeed, the genesis of the band came about while drummer June Miles-Kingston and guitarist Kate Corris were assisting Malcolm McLaren and Julien Temple on the set of the Great Rock 'n' Roll Swindle.· the band also featured Jane Crockford on bass - famous for the 'punk cannibalism' incident when she bit the ear of Shane McGowan at a Clash gig - and Swiss singer Ramona. See them all in action in the booklet with some great photos and a collection of memorabilia that includes posters, badges and more. This release features the group's sole album, but also adds bonus tracks around that release as well as their epic, wonderful debut single, 'White Mice'. Cherry Red.