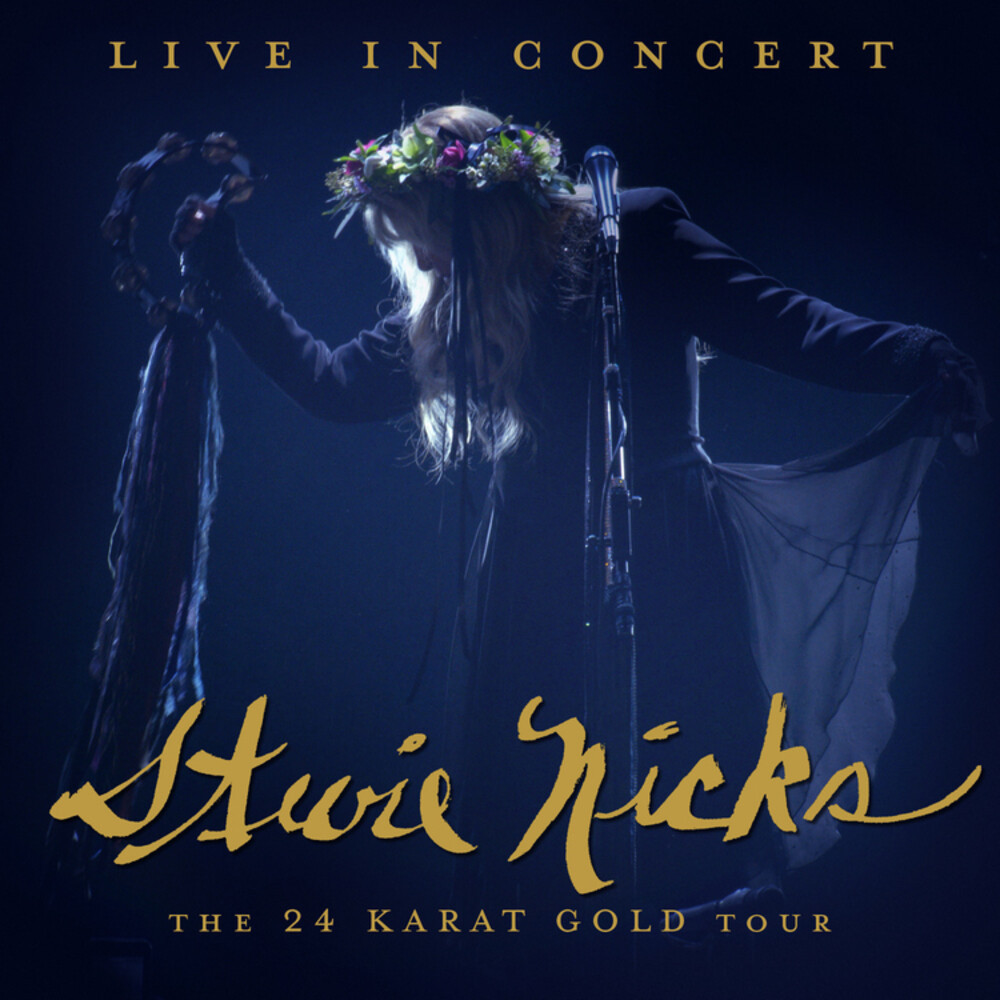 The new Live In Concert The 24 Karat Gold Tour album from Stevie Nicks. The '24 Karat Gold' Tour took place between 2016 and 2017 in promotion of Nicks' eighth solo studio album, released in 2014. Footage from the film was recorded during her shows in Pittsburgh and Indianapolis, produced and directed by Joe Thomas. 2 x CD, DVD