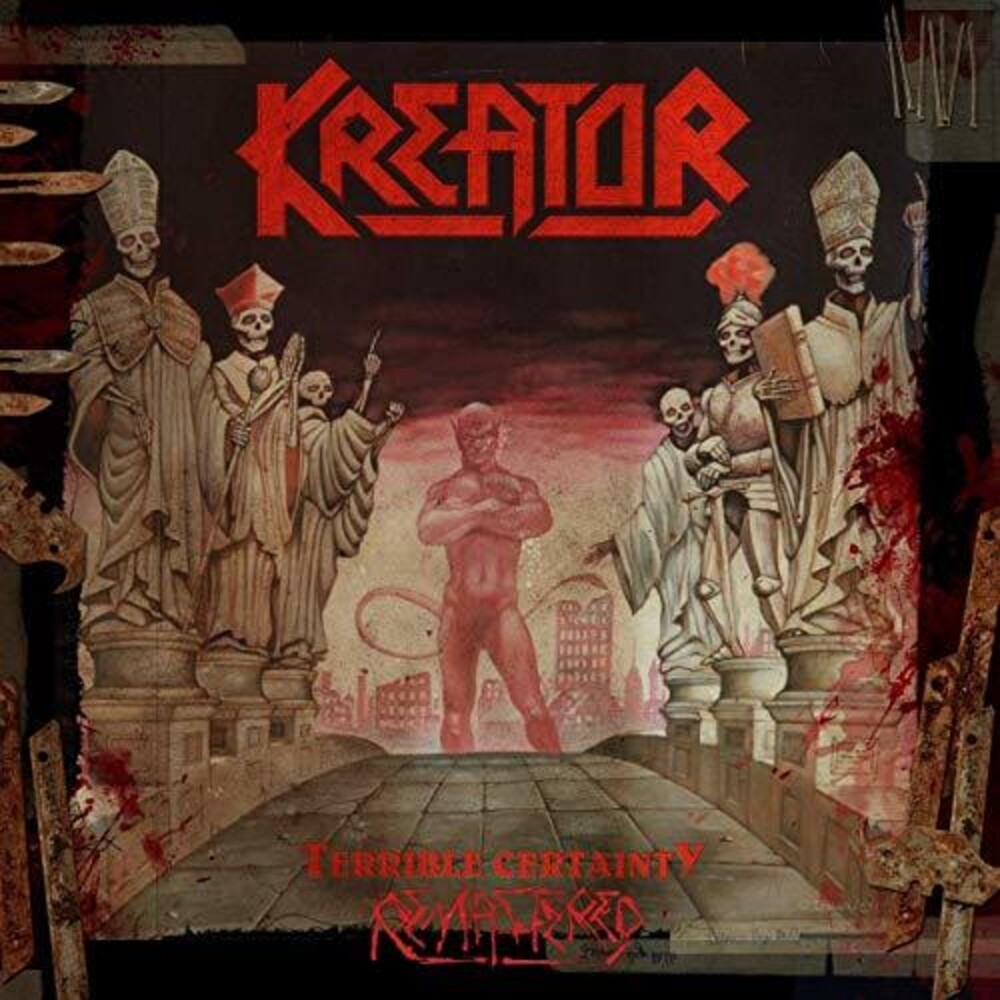 Formed in Essen, Germany in 1982, Kreator are arguably the most influential and successful European thrash metal band ever, like many of their European speed metal brethren, Kreator fused Metallica's thrash innovations with Venom's proto-black metal imagery. Kreator has been referred to as one of the "Big 4" of Teutonic thrash metal, and they are often credited with helping pioneer death metal and black metal by containing several elements of what was to become those genres. The band has achieved worldwide sales of over two million units for combined sales of all their albums, making them one of the best-selling German thrash metal bands of all time. Kreator's style has changed several times over the years, from a Venom-inspired speed metal sound, later moving in to thrash metal, and including a period of transitioning from thrash to industrial metal and gothic metal throughout the 1990s. In the early 2000s, Kreator returned to their classic thrash sound, which has continued to the present. 1987's Terrible Certainty did nothing to dent the perception that Kreator were one of the genre's best bands, and for once, Petrozza had a little time to work out the songs beforehand. Kreator beefed up to a quartet once again with the addition of guitarist JĂ¶rge Trebziatowski. This version also contains the Out of the Dark... Into the Light EP which was originally released in 1988. The live tracks were recorded at Dynamo Club, Eindhoven, Netherlands, in 1988.
back to top