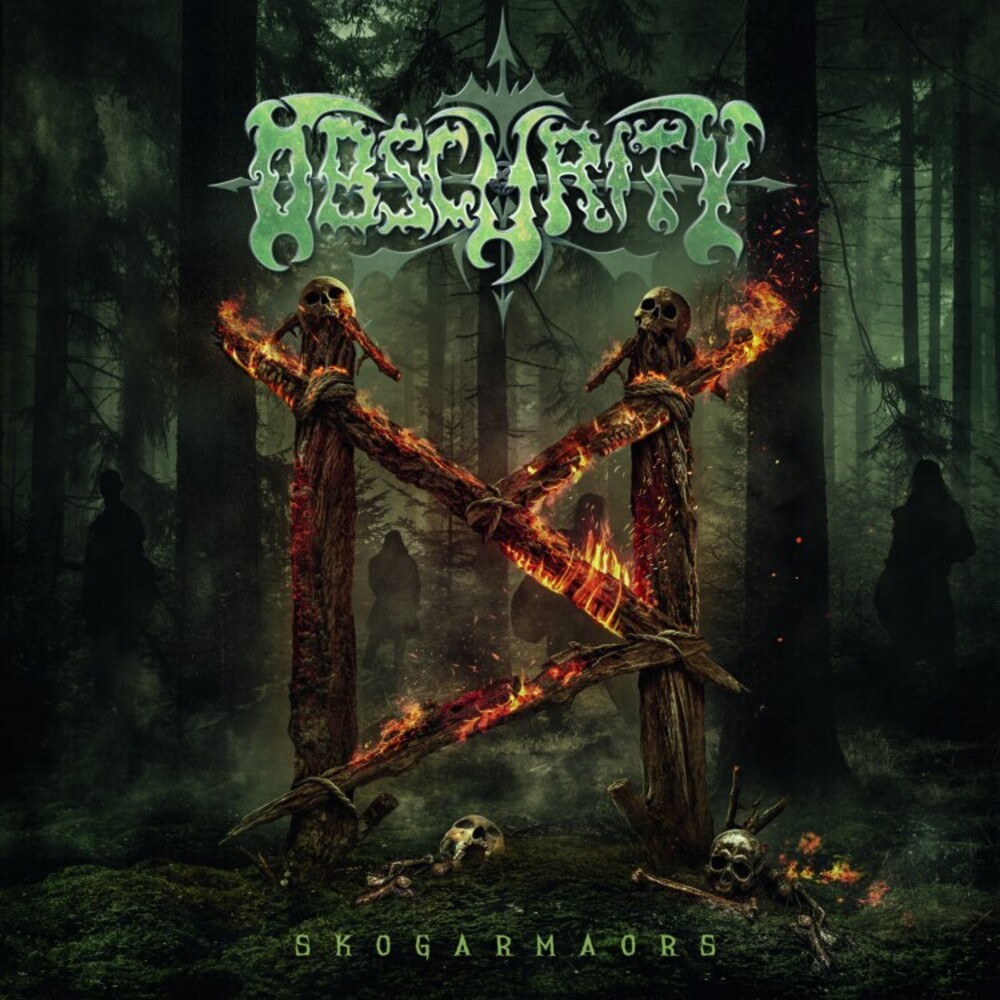 With 'Skogarmaors' Obscurity forge their ninth studio album. At the first glance one might think there is nothing new in Obscurity, but with Skogarmaors there are several new elements within the band. Since their last album 'Streitmacht' Obscurity's team changed severely. The quintet from the Bergisch Land with Askar (guitars) and Isarn (drums) welcome new brothers in their ranks. Askar followed the footsteps of Cortez and Isarn took place for Draugr. Both, Askar and Isarn did a great job on the new album which is significantly influenced by them. But ingrained fans do not have to fear fundamental changes in style although there are new musical influences due to the line-up change. The 13 new songs on the upcoming album will benefit from those influences. Obscurity will stay a bastion in continuity and they only create music they do stand for. Continuity also takes it's part in the place of production. The new album was recorded and produced in the holy halls of 4CN-Studios by Tim Schuldt. Stylistically the new songs reach from Death- to Viking Metal with Black Metal influences. In addition to that the bonus track is an experiment which differs slightly from the rest of the album/songs. Skogarmaors is not a concept album which is why there is such thematic diversity in the lyrics. Nordic mythology and contemporary social subjects take place in the sung words. In 2021 Obscurity hope to clink glasses with their numerous fans on the new album. The pandemic not only challenges artists but cut deeply in the daily life of all of us. Perhaps the music of the rooted in the soil musicians could heal the wounds a little.
back to top