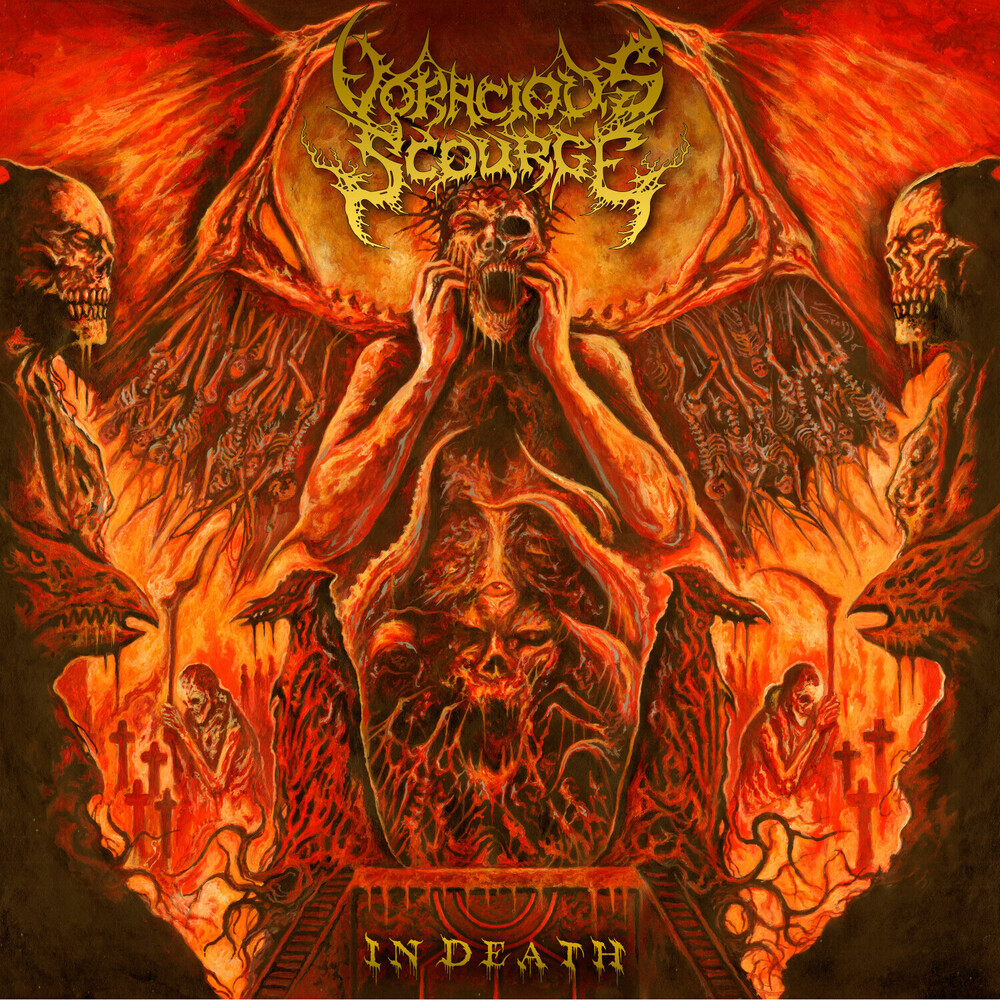 Old-school brutal melodic death metal, that's what you get when you'll listen to VORACIOUS SCOURGE's debut album "In Death"! The band is expanding on the musical direction from their debut EP "Our Demise". The song writing took place over the course of a year and half and saw each one of the band members go through their own trials and tribulations. The result of their perseverance through those times is more than what they could have hoped for. "In Death" contains strong compositions mixed with memorable melodies and catchy hooks sprinkled about as if salting a slab of raw meat. The songs are dealing with inner torment, the grisly tale of the bubonic plague, false prophets of all religions, breaking free of the suffocating grip of religious and/or governmental control, and a gruesome tale of punishment doled out under the treads of a 60 ton steel beast. If the line-up itself of VORACIOUS SCOURGE isn't enough, "In Death" also contains guest solos from two of metals most revered guitar players: Andy LaRocque and James Murphy, together for the first time ever shredding it up on the same track. VORACIOUS SCOURGE is the brainchild of Suture guitarist and songwriter Jason McIntyre and features a cast of notable talent that brings his musical vision to life: Leading the assault is vocalist Adrie Kloosterwaard, veteran vocalist for Dutch death metal legends Sinister. Holding down the beats is none other than pioneering drummer Mike Smith, who influenced a generation of drummers with his work in Suffocation. And, last but not least, world renowned Grammy nominated producer and bass player Tony Choy, who is best known for his work with technical wizards Atheist and Death metal pioneers Pestilence. Joining them is guitarist Billy Richard, who's also playing in Cranial Sledge