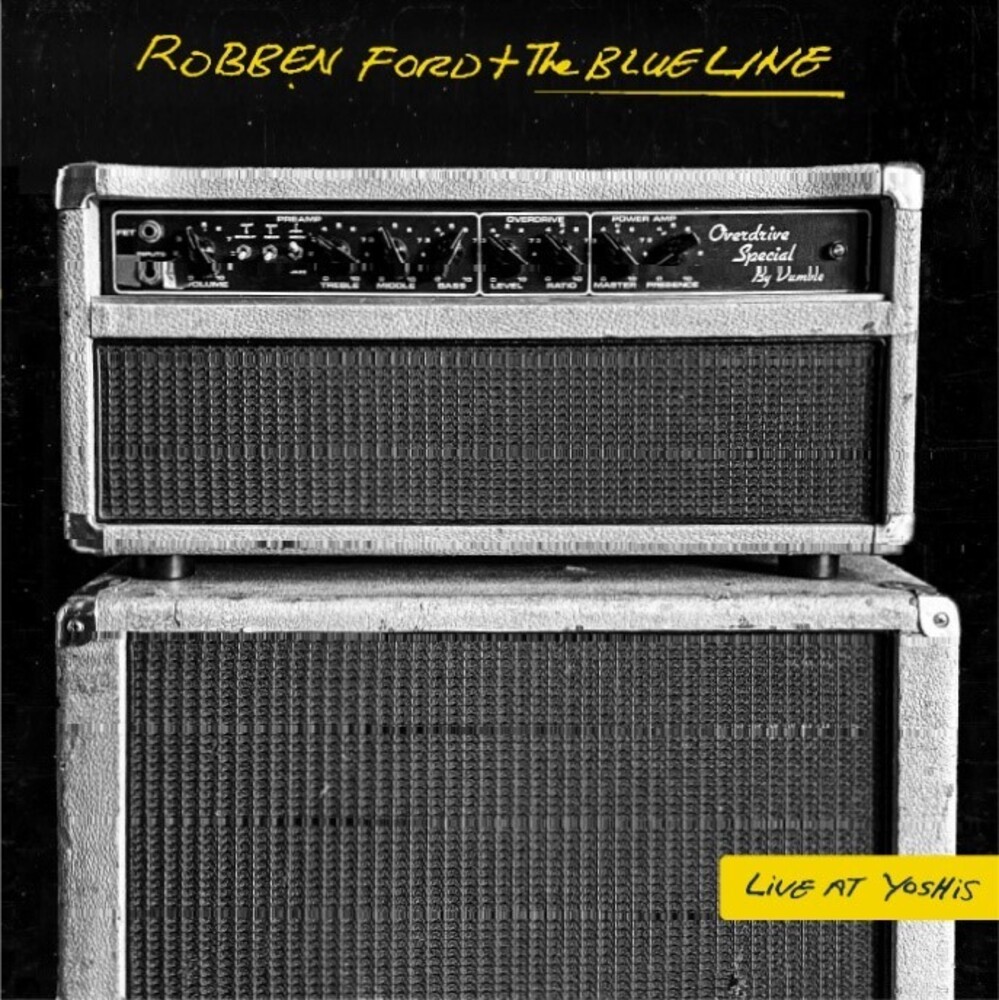 A five-time Grammy nominee and named as one of the 100 Greatest Guitarists of the 20th Century by Musician magazine, Robben Ford is a premier American blues and jazz guitarist who has played with stellar artists as diverse as Miles Davis, Bob Dylan, Joni Mitchell, Greg Allman, Bonnie Raitt, John Mayall and George Harrison. The chart-topping US blues/jazz guitarist live with the Blue Line at Yoshi's in 1996 - available now for the firrst time!Recorded in 1996 and newly remastered - available for the first time on a 2CD set!Includes original material alongside works by Bill Evans and Paul Butterfield! Released in conjunction with the artist!Regarded as one of the 20th Century's greatest guitarists, Robben Ford's credentials as both sideman and solo artist read like a musicians' Who's Who. ' As a child he played the saxophone and by fourteen had taken up the guitar, playing with his brothers in the Charles Ford Blues Band. While still a teenager he was hired to play with bluesman Charlie Musselwhite, and also recorded with Jimmy Witherspoon. Having been a member of jazz fusion band L. A. Express and later the Yellowjackets, the Grammy Award nominee has collaborated with such musical heavyweights as Miles Davis, Joni Mitchell, George Harrison, Gregg Allman, Rick Spring!eld, Little Feat and Kiss. Fast forward to the early 90s and Robben Ford and the Blue line (bassist Roscoe Beck, drummer Tom Brechtlein and pianist Bill Boublitz) had been touring internationally pretty much non-stop, playing mostly large venues, festivals and outdoor events. The band had always talked about how much they relished the intimacy of a small venue and the opportunity to stretch out musically and really open up. These recordings showcase their enjoyment. Recorded at Yoshi's, the celebrated Oakland restaurant and jazz venue, this album - available for the first time - originates from the band's appearances there during the week of 15-19 April 1996. Founded in 1972, Yoshi's opened as a sushi bar owned by Yoshie Akiba, alongside her two best friends Kaz Kajimura, a journalist and carpenter, and Hiroyuki Hori, a painter and Japanese cook. Since then, Yoshi's has built itself into one of the world's most respected jazz venues, earning a reputation as the Bay Area's premier location for great Japanese cuisine and jazz music. In the wake of his US Billboard No. 1 Blues album Pure, we can now experience Robben Ford and the Blue Line live on stage in the intimate surroundings of this renowned jazz venue.
back to top